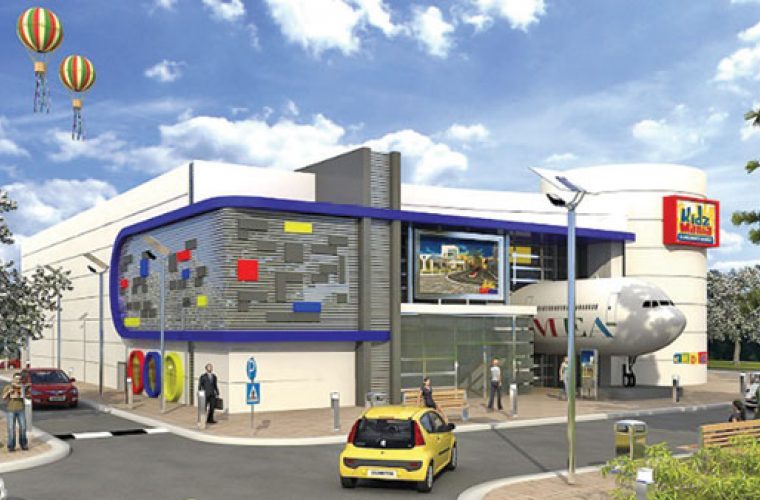 KidzMondo, ‘a scaled-down city where kids rule’, is coming to Mall of Qatar (MoQ) in early next year.
“MoQ, the region’s largest leisure, entertainment and shopping complex, has entered into a partnership with Kidz Holding to bring KidzMondo, a popular child edutainment concept, to Qatar for the first time,” a statement issued yesterday said.
KidzMondo, a miniature city, accurate down to the last detail, is built for children between the ages of two to 14. The $25mn project, which will be prominently featured as part of MoQ’s family entertainment zone, covers over 8,000sqm on multiple levels.
Design on its more than 70 mini-business establishments is in the final stages, with many of the structural elements already in place. When open, children will be able to engage in real life situations and professional role play, under the supervision of the staff.
“We are delighted to announce this partnership which will bring the ‘first city’ of education and entertainment to Qatar, allowing children to truly immerse themselves in a highly stimulating environment,” said Ayman al-Jamil, CEO of Aura Retail Company, owner of KidzMondo Doha.
KidzMondo Doha will co-operate with more than 70 corporate partners to sponsor various activities and bring the city to life. Children will be able to play all the traditional roles such as firemen, bankers, doctors, pilots, actors, beauticians and earn salaries in KidzMondo’s currency that they can spend in the KidzMondo stores.
The architectural layout is much like a real city with a central plaza, clock tower, fire station, police station, hospital, theatre and many other establishments spread throughout in two storey buildings all under one sprawling roof.
In addition, KidzMondo Doha is being carefully planned to include many features unique to Qatar and introduce new jobs in space, energy and technology that will challenge children in the future.
“We are excited to introduce this intellectually stimulating venue to Qatar, and in doing so, bring our younger visitors a little closer to a grownup’s world,” said Shem Krey, managing director of MoQ.
From its first location on the Beirut Waterfront in Lebanon, Kidz Holding has been actively growing its global reach, engaging with partners in many countries across the Middle East, including, UAE, Kuwait, Turkey, Jordan, Saudi Arabia, and Egypt, as well as in other countries.
When complete, MoQ, with over 500 stores, will offer visitors a wide selection of major international brands, dining options, a 5 star luxury hotel, part of the Curio Collection by Hilton, and an array of unique entertainment experiences, including the largest IMAX Laser 3D projection system in the world.
It will also feature a professional live theatre in an eight-storey high central glassed dome, complete with resident performance troupe and animated water features.