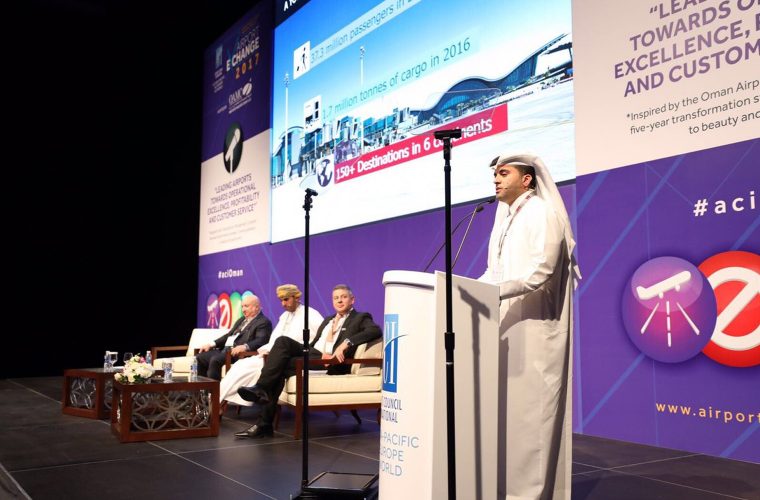 Hamad International Airport (HIA) is actively participating in the ACI Airport Exchange as a Gold Sponsor. The event is hosted in Muscat – Oman from December 5 – 7, 2017 and will gather several leading experts from across the Middle East, Europe, Asia Pacific, and the rest of the world to exchange insights and knowledge about the aviation sector.

We are proud to participate in this year’s ACI Airport Exchange where HIA is set to showcase its latest achievements in addition to its future plans under this year’s theme: Leading airports towards operational excellence, profitability and customer service.

With its target of serving more than 50 million passengers, Hamad International Airport has prioritised increasing its airport capacity while boosting its digital transformation. HIA has achieved steady growth in passenger traffic and cargo, an award-winning hospitality offering and a modern infrastructure suitable to accommodate the latest technologies in order to secure a seamless and hassle-free passenger journey.

With a booming tourism and hospitality sector in Qatar and the Nation’s diversification plans, HIA is playing an instrumental role in delivering on the Qatar National Vision 2030. The airport is also gearing up to host the 2022 FIFA World Cup by accelerating its expansion plans and investing efforts and resources in cutting-edge technologies in order to deliver a friction-free travel experience while ensuring the highest safety and security standards. HIA is using the latest technology to optimise security checks by speeding up the process, minimising inconvenience to the passenger and optimising the airport’s facilities.

Mirroring the airport’s unique architecture, the design of the booth is a play on the runway and the iconic arches of HIA. True to the cultural roots of the airport, the booth embraces the contemporary and elegant design of HIA and offers a genuine Arabic hospitality experience to visitors and participants of ACI Airport Exchange 2017.

Qatar and Oman have enjoyed a close relationship throughout history, with the past few years seeing a stronger collaboration between the two nations within the air transport industry. In 2014, Qatar Airways added three additional flights to Salalah. By 2016, the Omani city welcomed 14 Qatar Airways flights per week. In 2017, the airline launched flights to Sohar, marking its third destination in Oman. HIA has also welcomed Omani-based airlines to its growing portfolio of partners including Oman Air and the recently launched SalamAir.

HIA has been recently classified as a five-star airport by Skytrax, making it one among the five other airports in the world to achieve this prestigious status. Earlier this year, it was ranked Sixth Best Airport in the World by the 2017 Skytrax World Airport Awards, moving up four places from 2016 and is now running for the 2018 Best Airports in the World.