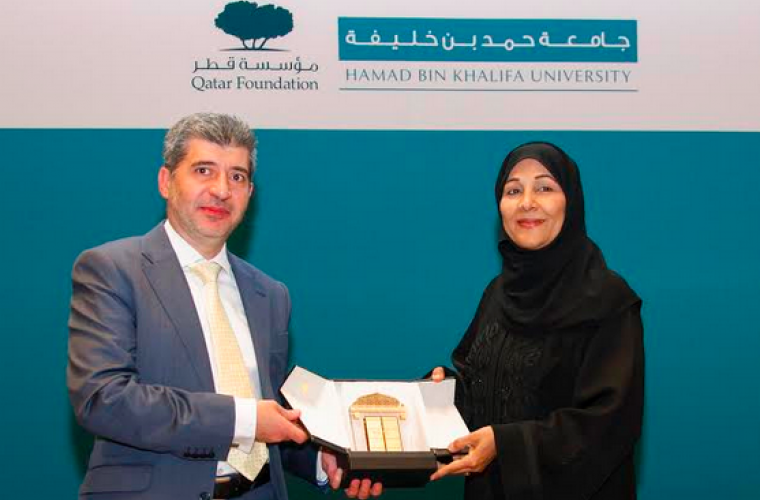 Dr. Al Mannai recently received two prestigious awards relating to her humanitarian and community work. She became a recipient of the International Federation of Red Cross and Red Crescent Societies’ Henry Davison Award, in recognition to her outstanding commitment to humanitarianism. Specifically, the award highlights Dr. Aisha’s role in building a culture of charitable and voluntary work among members of the Qatari community.

Dr. Al Mannai was also one of the Qatari winners recognized at the 1st GCC Excellence Awards, held at the beginning of December 2015. The new awards were presented to people who have made significant contribution in the GCC to areas such as science, medicine, industry, literature, politics and diplomacy, economics, and philanthropy.

Speaking at the honoring event in front of an audience of invited guests that included senior representatives from across HBKU’s colleges and research institutes, Dr. Ahmad Hasnah, President of HBKU, said: "It is my pleasure to stand before you to honor Dr. Aisha Al-Mannai, a dear member of our Hamad bin Khalifa University family, for her great achievements locally, regionally and globally. At the personal, academic and societal levels, we look to her as being someone who sets an example for all of us to follow, and we wish her every future success."

At the culmination of the event, Dr. Al Mannai was presented with a gift in appreciation of her continued contribution to Hamad bin Khalifa University through her work within the Mohammed Bin Hamad Al Thani Center for Muslim Contribution to Civilization, which is part of the university’s Faculty of Islamic Studies.