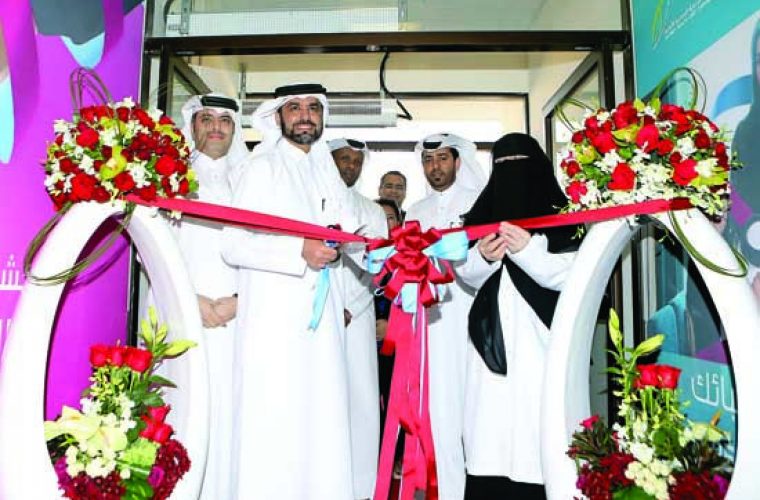 The first Breast and Bowel Cancer Screening Centre in the country was officially inaugurated yesterday in Al Wakrah.

It opened as part of a new initiative ‘Screen for Life’ that promotes awareness and early detection of breast and bowel cancer to save lives.

With a high incidence of breast and bowel cancer in the country, the campaign by PHCC together with Hamad Medical Corporation (HMC) will encourage people without symptoms to screen for cancer.

“The opening of the centre marks a significant milestone in the country’s efforts towards ensuring the health and well-being of its citizens and residents,” said Dr Abdulmalik. As a key component of the ‘Screen for Life’ programme, it is manned by highly skilled healthcare professionals trained to efficiently operate the facility’s state-of-the-art equipment,” she added.

The ‘Screen for Life’ will aim to screen Qataris at the beginning but any resident approaching the centre for a screening will not be turned away.

Representatives from a call centre would approach people in the age criteria and risk. Others can also make an appointment by calling 800 1112.

“About 25,000 eligible people will be screened within the first year, starting with Qataris and the programme will be expanded to cover the entire population,” said Flora R Asuncion, Assistant Managing Director, Clinical Affairs, Operations and Workforce Development, PHCC.

“We have a call centre, specific for breast and bowel screening, it’s dedicated to screening. “We will not reject any non-Qatari who wants to be screened, but obviously we will try the Qataris first. So it’s open for the whole population,” she added.

According to Asuncion, the centre can screen around 20 people a day.

“After imaging and tests are completed, reports will be read by two experts to get a second opinion and ensure the findings,” she said.

If symptoms are detected during screening, patient will be referred to HMC for further treatment.

A mobile unit will also be launched in March, which will visit health centres to screen patients.

The Breast and Bowel Cancer Screening Centre in Leabaib will open in March and Rawdat Al Khail in December. According to the SCH, among the incidence of cancer in Qatar, breast cancer accounts for 17.42 percent and bowel cancer 10.55 percent.