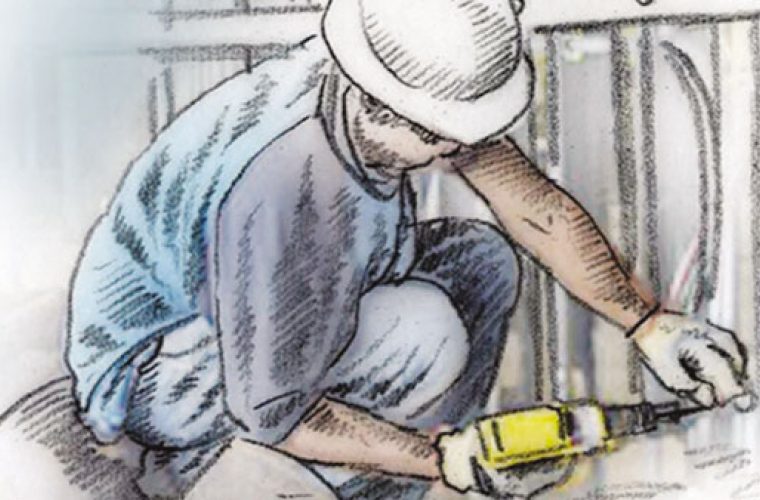 “Paying workers’ wages through bank transfers would greatly assist them to present evidence when they have not been paid,” the organisation said in a report, quoted by The Guardian newspaper in London.

Engineers Against Poverty presented the recommendation, along with others, to representatives of contractors and banks at a meeting in Doha at the launch of the “Improving employment standards in construction in Qatar” report, The Guardian said.

“Non-payment and late payment of wages is one of the biggest concerns to migrant workers. It is also a potential source of disruption and delay to projects, and therefore a major risk to government clients and their project management consultants,” Jill Wells, the report’s research team leader, said.

Workers, who are usually paid in cash, often have to borrow large sums from moneylenders at high rates of interest to pay recruitment fees, the newspaper claimed. “It is critical for them to receive wages on time and in full so debts can be repaid promptly.”

The report argued that while there were limits to the control contractors could exert over subcontractors, the former could do more to ensure that all workers received their wages on time. It said that clients should consider including clauses in their contracts with main contractors requiring them to pay the wages of their subcontractors’ workers if the latter failed to do so.

Some contractors told Engineers Against Poverty that they paid cash in hand because most workers earned less than the minimum salary required to open a bank account. Yet the NGO noted three companies were paying salaries to workers earning less than half of this amount by electronic bank transfers.

One contractor told Engineers Against Poverty that while providing accounts to low-paid workers was not profitable for banks, they could be persuaded to do so as banks hoped to secure more profitable lines of business from the big contractors.

“Paying through electronic bank transfer could provide workers with evidence to prove they have not been paid and allow them to seek a transfer of sponsorship,” the report said. “But as this is no guarantee of prompt payment, the main contractor should step in if subcontractors fail to pay workers on time.”

The report also recommended that all public sector clients follow the approach adopted by the Qatar Foundation, a major client of the construction industry, in setting up a workers’ welfare department to undertake regular welfare audits of contractors and subcontractors and aim to work only with those that comply with the foundation’s standards on migrant workers’ welfare.

Principal contractors should be required to set up a helpline for workers to alert all parties concerned to delayed payment of wages by subcontractors.

The Labour Department should be strengthened so the government could play a bigger role in enforcing its own laws and regulations and in clamping down on companies that flout the law, the report said.

The Qatar government should leverage its position with labour-sending countries whose economies are heavily dependent on remittances from migrant workers and pressure their governments to step up efforts to address corruption and exploitation in the recruitment business, the organisation suggested.