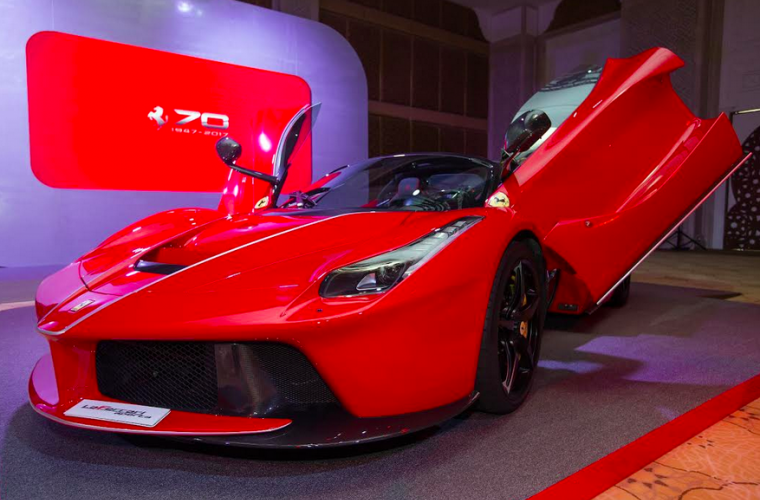 Alfardan Sports Motors, the official importer of Ferrari in Qatar, is organising a unique car parade as part of the 70th anniversary of Ferrari, becoming the first country in the GCC to partake in the worldwide celebrations of the iconic brand.

Over 60 nations will host events crafted to treat clients and enthusiasts of the marque to a string of unique experiences as part of the “Driven by Emotion” concept, one of the cornerstones on which the Ferrari story was founded.

Qatar was selected as the first in the region to embark the celebrations and the dealership is set to infuse a local flavour to the revelry by uniting Ferrari car owners in the country under the Qatari flag for a one-of-a-kind parade, organised in collaboration with the Qatar Tourism Authority, Qatar Museums and Mawater Center. Heading the troupe will be the special limited-edition - LaFerrari Aperta, -which will be present at each stage as the symbol of the 70th anniversary- and was especially launched to mark the 70th year of the brand.

The stunning model combines technological excellence, performance, style, exclusivity, with the unique exhilaration of open-top driving. It is equipped with the same hybrid power unit as the coupé: an 800 cv 6,262cc V12 engine (specific power output of 128 cv/l, compression ratio 13.5:1) coupled with a 120 kW electric motor for a total power output of a 963 cv.

As part of the parade, the fleet will make its way from the Ferrari showroom, through the Doha Skyline and the deserts of Qatar while reaching Al Zubarah Fort – the country’s first UNESCO World Heritage Site, joining the network of heritage sites across the globe that are serving as historic venues for the commemoration of Ferrari’s seven decades of automotive excellence. The special celebrations ensuing will reflect upon the brand’s unprecedented history as the beacon of Italian craftsmanship since 1947, shedding light on its luxurious sporty DNA that has for long captivated Qatar’s discerning clients with a penchant for exclusivity.

“This is definitely a momentous occasion for Ferrari and all those associated with the brand – dealers, owners, enthusiasts. The brand has engraved an unprecedented journey during the 70 years of its existence – a true testament of passion and craftsmanship that has stayed alive since 1947. We are proud to be the official dealers of Ferrari in Qatar, and today, we are driven even further to help our customers experience the splendour of the “Cavallino Rampante”,” said Charly Dagher, General Manager of Ferrari Qatar, Alfardan Sports Motors.

The LaFerrari Aperta will be exhibited nearby the state-of-the-art Ferrari Showroom at The Pearl-Qatar from the 20th until the 25th of March, 2017, around which a string of fun activities have been planned. The grand car parade is scheduled for March 25, 2017.

A special website has been created to flank the celebrations as they unfold throughout the year as well as to introduce the pivotal moments and individuals in the company’s history. The www.ferrari70.com site went online starting Sunday, March 12.

Some of the highlights in Ferrari history

1951 - First win in Formula One with Jose Froilan Gonzales

1984 - The Ferrari Testarossa is unveiled at the Paris Motor Show

1993 - The marque’s first single-make championship, the Ferrari Challenge, is launched

2007 - Kimi Räikkönen and the Scuderia Ferrari are World Champions

2015 - Ferrari is listed on the New York stock exchange

2016 - The LaFerrari Aperta, an iconic model celebrating the marque’s 70th anniversary, is launched at the Paris Motor Show

2017 - The latest addition to the Ferrari family, the 812 Superfast, debuts at Geneva.