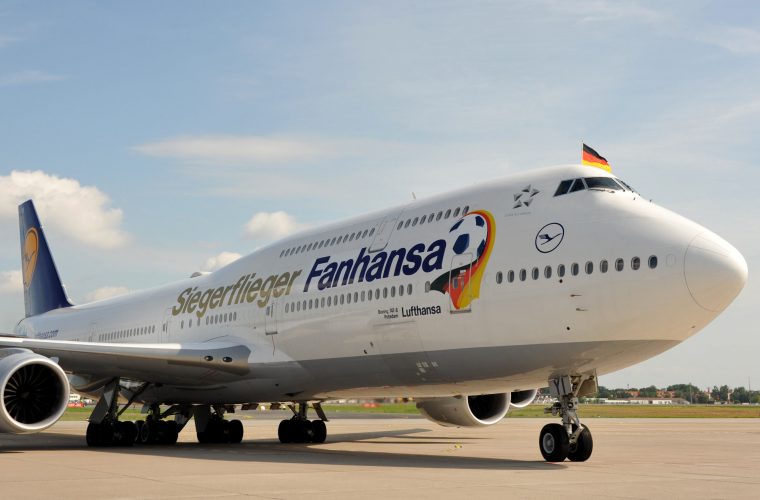 Alongside the Fanhansa lettering, the jumbo jet, which is named after the state capital

Potsdam, will also express the thanks of Lufthansa and of all fans to the German team for

the brilliant performance in Brazil.

‘Our Siegerflieger made such an incredible splash. We’re still getting mails, tweets and

Facebook messages every day, so we’ve decided that the Siegerflieger will continue flying

immediately after the final in Rio de Janeiro. Additional gold letters were added to the

On Twitter, the #siegerflieger hashtag became one of the most used terms on the internet. More than 16,000 re-tweets set a new record for Lufthansa’s congratulations on the World Cup title. With over 38 million social media contacts, there have never been a greater number of fans following the Fanhansa campaign launched back in May. More than 100 million people were also reached via television and print media.

With Fanhansa, Lufthansa has flown not just the German national team to Brazil, as

partner of the German Football Association, but also tens of thousands of football fans,

media representatives and officials. For the first time since flight operations began nearly

60 years ago, part of the fleet has changed the name on the aircraft fuselage. To mark the

aircraft over the coming weeks.

You can find more information at http://sport.lufthansagroup.com/de.html and