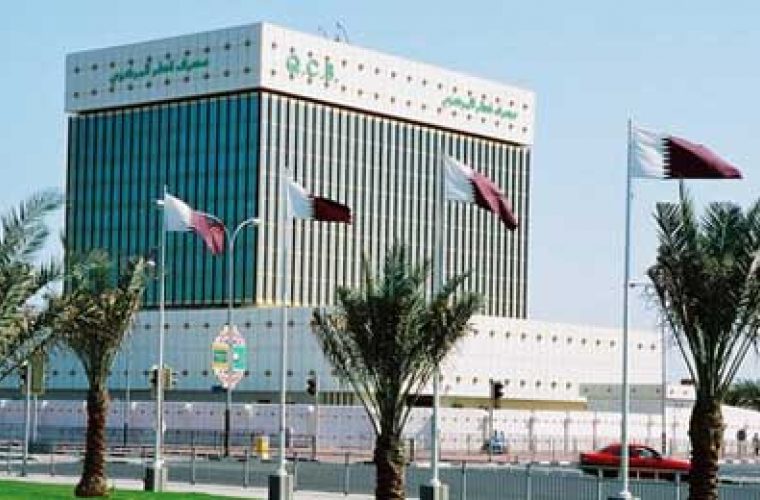 In a circular to the companies, QCB Governor Sheikh Abdulla bin Saoud Al Thani asked them to stop levying the fee with immediate effect.

“We have noticed that a section of money exchange companies has been collecting fee while selling and buying foreign currencies.

“Those involved in unlawful business must stop the activity with immediate effect. As per the law, money exchange companies are not allowed to levy charges on buying and selling foreign currencies,” Al Sharq said, quoting the circular.

QCB warned the companies that any violation of its order will be treated as a violation of the central bank’s Law No. 13/12012.

A section of exchange houses has been charging QR2 for buying or selling foreign currencies from the beginning of this month.

Some exchange houses put up a notice at their service centres across the country which read ‘Exchange Companies will be applying a nominal flat service charge of QR2 for every foreign currency transaction receipt starting July 1, 2015’.

Questions were raised in the financial circles as to how exchange houses could charge the fee without QCB’s prior consent. 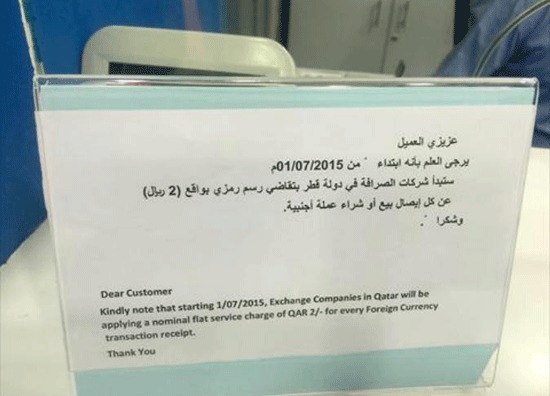 The central bank’s directives yesterday prove that exchange houses levying the fee from the first of this month have been violating QCB regulations.

Enquiries revealed that management of a section of money exchange houses has been unilaterally taking decision to charge the fee to meet their growing rentals and logistics, ignoring the fact that they are under QCB’s direct supervision.

While almost 90 percent of exchange houses have been charging the fee, the remaining preferred not to flout central bank regulations.

They said there had been no directive or permission from QCB in respect of the levy.

“It is very surprising that some exchange houses are charging a fee without any directive from the regulator. We are not aware as to what kind of approval they have obtained,” an executive of a leading money exchange company said.

Driven by growing population and demand for foreign currencies, Qatar’s money exchange market has grown an estimated 15 percent over the past couple of years.

Accordingly, money exchange companies have expanded their networks across the country.

Besides, Qatar’s robust growth is increasingly attracting foreign investors and regional and international companies, which has further bolstered their businesses in Qatar.