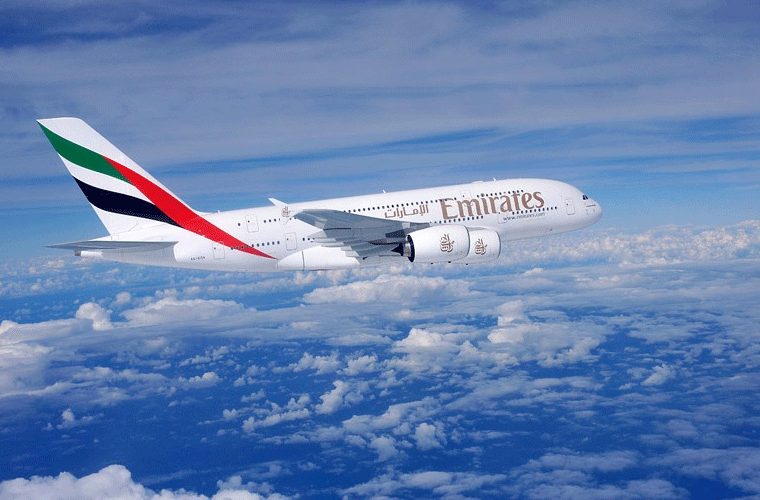 Emirates has launched a new A380 service to Kuwait, the world’s shortest scheduled A380 flight.

The arrival of the upgraded EK857 service, which touched down at Kuwait International Airport on Thursday, marks 25 years of Emirates’ flights to the country.

“This is a proud moment for the airline,” said Sheikh Majid a-Mualla, Emirates’ Divisional Senior Vice President, Commercial Operations, Centre, who was onboard the inaugural flight from Dubai.

“We have gradually built up our services to Kuwait since 1989 and we now offer five daily flights, soon to become six. After experiencing the airline’s award winning products and services over the years, travellers to and from Kuwait can now enjoy our flagship aircraft, the most popular commercial aircraft flying today.”

“This is no surprise when you look at the superb product offering on board,” said Sheikh Majid.

“All of our A380s are equipped with Wi-Fi, up to 1,800 channels of inflight entertainment on the award winning ice system, an Onboard Lounge and Onboard Shower Spas – all supported by 25 friendly and multi-national cabin crew.” The surprisingly quiet aircraft offers some 14 first class private suites, 76 mini-pods in business class and 399 seats in economy class.

The Emirates’ A380 flight to Kuwait is just one hour and 45 minutes, the shortest A380 service in operation today. Since 2008, the airline has carried 27.5mn travellers on its now 50 A380s. Kuwait is only the second market in the Middle East to be served by the airline’s flagship aircraft after Saudi Arabia.

Over the 25 years of service , around 7.8mn passengers have been carried on the Kuwait route. In the past five years alone, Emirates SkyCargo, has moved over 140mn kg of commodities, further supporting the Kuwait economy. With a fleet of 224 aircraft, Emirates operates to some 143 destinations in 81 countries across six continents.