Emirates A380 touches down in Doha for first time 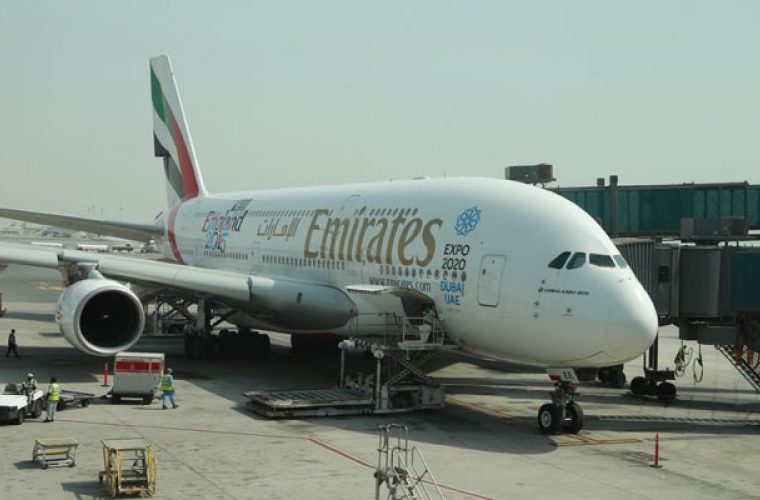 Emirates operated its popular A380 aircraft to Doha’s Hamad International Airport for the first time, which Dubai’s national carrier said is a one-off service.
The special A380 flight was at full capacity, supporting the sizable traffic over the Eid holiday period.
Sheikh Majid al-Mualla, Emirates’ divisional senior vice-president (Commercial Operations Centre) said, “Emirates is currently operating a one-off ad-hoc Airbus A380 service between Dubai and Doha after overwhelming demand for air travel by our customers. The signature Emirates A380 service is fundamental to our overall strategy, and bringing this popular aircraft to Qatar represents a significant milestone in our operations to Doha.”
In its first seven months of operations, Emirates has carried over 430,000 passengers to and from Doha. Emirates’ serves Doha with seven daily services.
The Emirates’ A380 is renowned for its first class private suites, shower spas and on-board lounge for first class and business class passengers, a space to socialise or simply relax. Its three-class configuration boasts 14 private first class suites, 76 lie-flat beds in business class and 427 seats in economy class.
Passengers across all cabins will get to enjoy over 2,000 channels on Emirates’ award-winning ‘digital widescreen’ inflight entertainment system, ice and stay connected to the Internet throughout their journey with high speed Wi-Fi access.
As the world’s largest operator of the double-decker aircraft, Emirates’ fleet of some 63 A380s serve as many as 34 destinations including: Auckland, Amsterdam, Brisbane, Sydney, Melbourne, Kuala Lumpur, Seoul, Singapore, Shanghai, Beijing, Mumbai, Mauritius, Moscow, Jeddah, Hong Kong, London Heathrow, London Gatwick, Manchester, Paris, Frankfurt, Munich, Dusseldorf, Zurich, Rome, Barcelona, Dallas, New York, Toronto, Bangkok, Los Angeles, Kuwait, Johannesburg, San Francisco and Houston.