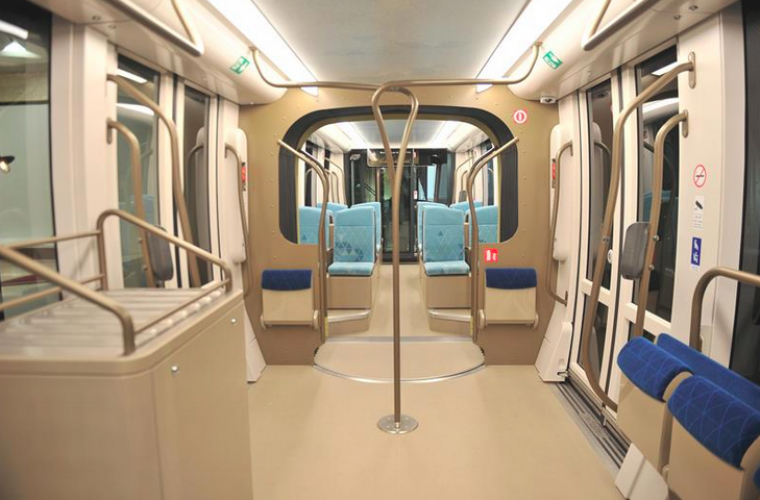 Minister of Transport and Communications, H E Jassim bin Saif Al Sulaiti, said yesterday that around 70 percent work of Doha Metro project has been completed. Speaking on the sidelines of opening of the Transport Educational Centre at the West Bay area, the Minister said 16 trains have been received so far and the actual trials of the trains are currently going on.

“The job has been achieved by around 70 percent for whole project. We have received so far 16 trains and each train has three cars. In some areas we have started actual trials of these trains,” said the Minister. “These trials are long and may take one or one and a half year. This is to make sure that it is safe and everything is perfect,” he added.

He said the actual opening have of the Metro project has been set 2020 but the work will be finished in advance. The time will be spent on the trials and assessments to ensure the highest level of safety and security in according with the directives of H H the Emir.

“These are the first trains not only in the regions, but also in the world which run without drivers, but we also have another trains which will be run by drivers,” he said. “Electricity has been provided to 13 to 15 metro stations and we are satisfied with this achievement as it is in line with the deadline,” he added.

He went on to say that Qatar Rail’s projects, especially Doha Metro, will form the vital backbone of the integrated public transport system, supported by other rail–based systems like Lusail Tram, to encourage the use of public transport.

“Under the wise leadership of Emir H H Sheikh Tamim bin Hamad Al Thaniand the follow-up and supervision of the Prime Minister and Interior Minister H E Sheikh Abdullah bin Nasser bin Khalifa Al Thani, w e saw transportation projects given great attention which led to a clear vision for implementing the best programs in the country to the benefit of our society. This centre is the vehicle by which we will educate present and future generations on utlising these technologies to their full benefit,” he added.

He said that the Transport Educational centre will make people aware about benefits of public transport.

“Education has always been indispensable to our progress. The Transport Educational Centre will be the central hub where the people of Qatar can learn and discover the many benefits of our public transport system. It is a world class educational facility of the highest calibre to match a world class transportation system the nation can look forward to,” said the Minister.

He added that the Ministry is trying to include the topic of public transport in the curriculum of the schools in cooperation with Ministry of Education to educate students about safe and environment friendly transport system.