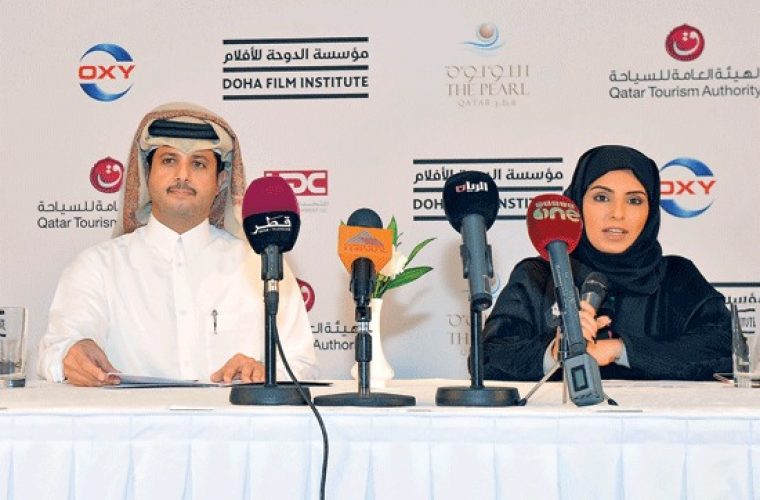 “With the participation of citizens and residents of Qatar, we will create a cinematic tribute to the nation in a feature length documentary created from footage where the people of Qatar will be the heroes and directors,” said DFI CEO Fatma Al Remaihi at a press conference yesterday at Katara.

A team of professionals and filmmakers will be commissioned to develop a storyline from the footage and shape and edit the film, the final cut of which will be screened in late 2016, said Al Rumaihi.

#DariQatar(‘My Home Qatar’ in Arabic) is not a competition but a chance for everybody to express how they feel living in Qatar with their family and friends and tell the story of Qatar through their eyes, stressed Al Rumaihi.

Although this is the first of its kind project to be undertaken in the country, this is not the first time QTA has involved all the people in its tourism efforts.

“Two years ago on National Day, we embarked on a journey with all of our partners to find Qatar’s voice. Last month the culmination of these efforts came to the fore with the launch of Qatar Destination Brand. It reflects our nation’s persona, goals, actions and dreams as defined by its people,” said QTA Director of International Cooperation Saif Al Kuwari.

The film, Al Kuwari said, would reflect the true image of Qatar abroad as it would be made out of the footage submitted by people themselves.

“There are many wrong stereotypes of the country and his movie will be made to reflect what’s really going on in Qatar,” he added. The video may be shot on mobile phones or state-of-the-art cameras, and could cover anything about the nation – from picturesque views to every-day moments of daily life.

Those who want to submit can read tips on filmmaking and submission details on www.dohafilminstitute.com where they can upload the video. Deadline for submission is September 30 next year. “In the coming weeks we will be speaking directly to the public, through social media, television and radio on the criteria and other details,” said Al Rumaihi.

The initiative is presented by DFI and QTA with the support of Occidental Petroleum Corporation, The Pearl Qatar and United Development Company.