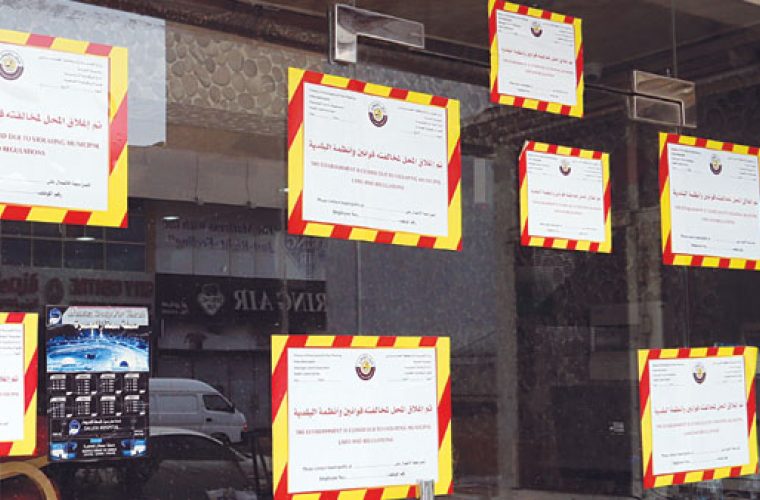 The closure of a number of eateries in the city’s Mansoura and Najma areas has left regular customers, mostly single men, with fewer options to choose from for their daily food requirements.
While some restaurants have been closed by the municipal authorities for flouting health and hygiene norms, others have stopped operating due to internal issues arising out of rent disputes, salary payment etc, it is learnt.
Residents, in general, have hailed the steps taken by the municipal authorities to crack down on erring eateries. However, the closure of several restaurants at the same time has taken many by surprise.
While municipal officials had carried out raids on restaurants in Najma and Mansoura on a number of occasions earlier, this is perhaps the first time that so many eateries are simultaneously closed in this busy neighbourhood, say sources.
The affected restaurants are managed by operators from various Asian expatriate communities.
The raids on eateries started on February 11. Seemingly acting on a tip-off from the area’s residents, the municipal authorities carried out a surprise inspection at a cafeteria on Najma Street.
The eatery apparently paid little heed to the municipal guidelines on hygiene and health and the team of officials found that food items were being prepared in “highly unhygienic” conditions, according to sources.
The squad seized food items while they were being prepared in a dirty washroom located on the first floor of the building from where the eatery has been functioning for more than three years. The municipal officials ordered its closure and also imposed a fine on the owner, it is learnt.
Interestingly, some residents claimed that food prepared in similar fashion was served in an adjacent restaurant - run by the same operator - as well. However, only the cafeteria was penalised and not the restaurant.
A series of raids followed in the next few weeks, resulting in the closure of more eateries.
A popular restaurant in Najma was the next to be shut down on grounds of violating health and hygiene norms.
A newly started restaurant near Souq Haraj and another cafeteria were also closed down for not complying with municipal guidelines. The closure of a few other restaurants in Najma and Mansoura due to other reasons has dealt a further blow to regulars.
“It’s tough for us now, there are only a handful of options left. But this (the municipal authorities’ action) should prompt other eateries to follow the guidelines and prepare food in a safe, healthy manner,” said a resident of Mansoura.
A bachelor alleged that some restaurants continued to “indulge in similar offences” even after the recent closures. Recalling his “extremely bad experience” at an eatery in Najma, he said its staff would still serve food with their bare hands and that he had repeatedly warned them against such unhygienic practices.
A visit to a new branch of an eatery chain in Doha revealed that a worker was about to serve tea with bare hands immediately after cleaning a table. He, however, wore gloves after being warned by a customer.