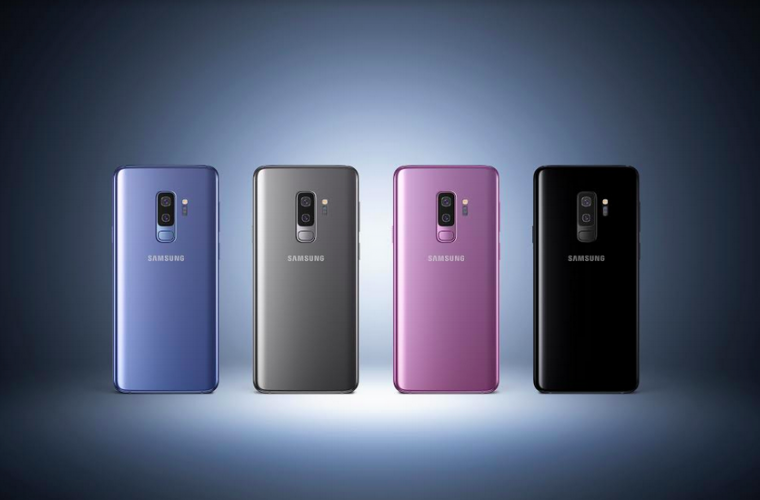 “Because camera is the single most used feature in any phone, and by understanding this we made sure that our cameras have always been designed to capture your favourite moments clearly and quickly,” Samsung Electronics Qatar managing director Andrew Shin told visitors at the event.

“Now the camera automatically adjusts to lighting conditions,” he said. “We re-imagined the S9 camera to simply work like your own eyes.”

The smartphones’ dual aperture lens also enable ‘super slow-mo’ video, which can capture 960 frames per second to ensure users do not miss a moment.

With the ‘AR Emoji,’ the new devices allow users to create an emoji that looks, sounds and acts like them.
Having a hard time communicating to people with a different language? It will not be a problem anymore with Samsung’s intelligent platform ‘Bixby,’ according to Shin.

“Just hold up your camera, and Bixby will automatically detect the language and translate it for you, live,” he said. “You can use Bixby to translate individual words or whole sentences from a variety of languages from 54 different languages on input to 104 languages on output.”

Users can translate foreign languages and currency in real time with Live Translation, learn about their surroundings and track calories throughout the day.

“We have reimagined the smartphone camera for today’s generation and the way they communicate, helping them unlock powerful experiences and share them effortlessly,” Tarek Sabbagh, head of IT and Mobile (IM) Division at Samsung Electronics Gulf.

First introduced on the S8, the super Amoled Infinity Display lets users to use their new devices even in direct sunlight.

Besides maintaining its water and dust resistance and wireless charging features, the S9 and S9+ also support expandable memory of up to 400GB with a Micro SD Card.

The devices are equipped with the latest premium application processors for powerful performance and sophisticated image processing.

In addition, the S9 and S9+ support three different biometric authentication options – iris, fingerprint, and facial recognition – so users can choose the way they want to secure and protect their device and applications.

Health-conscious users can also rely on the devices’ improved optical sensor, built directly into the device, which provide richer and more accurate information on their health status.

The S9 and S9+ will be available across major retailers and Samsung brand shops in Qatar from March 16 and will be offered in Midnight Black, Titanium Gray and a new hue, Lilac Purple.