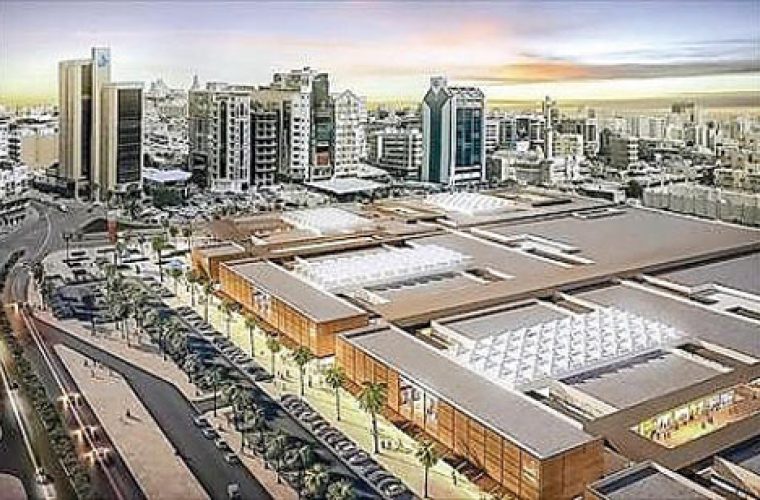 Barwa Real Estate Company is building a huge commercial complex in downtown Doha with 650 shops that will be rented out to small and medium shop owners who lost their businesses in Msheireb area due to large-scale demolitions.

The upcoming complex will be located near the intersection of A Ring Road and the road that links Al Muntazah and Al Hafsa traffic lights to this intersection near Doha Petrol Station.

Barwa officials told reporters at a news briefing yesterday that the 650 shops to be housed in five buildings will be ready by 2017. Work on the QR500m project will begin next year.

The buildings will be inter-connected and will be dedicated to specific lines of business like electronics, accessories, textiles and garments, interior décor and household appliances and grocery stores and supermarkets.

The shops will be given away on affordable rent to those small shopkeepers who lost their businesses in the Msheireb locality due to demolitins, reiterated Barwa officials.

The project was announced during a press conference held as part of agreement signing with Promontorio, the engineering consultants for the project. Barwa Group acting CEO Ahmad Abdulla Al Abdulla attended the event along with the company’s executive directors.

Speaking during the press conference, Al Abdulla said Barwa’s projects usually align with the strategic governmental vision and the needs of the business market in Qatar. Therefore, he added, Alaateda comes with ambitions to address the shortage in commercial units in the country, caused by demolishing the old souq locations, and ownership of land plots around them. He noted that the project offers an alternative with good rental fees for merchants of medium businesses and enjoys a distinctive location on A-Ring road — Rawdat Al Khail, three minutes away from Msheireb.

This strategic location will guarantee the best returns for users of the project in the future.

Following long feasibility studies, Barwa chose the location of the project and implemented the initial design phase, all of which got approved by Barwa board of directors. Accordingly, Barwa started working on the detailed plans of Alaateda and appointed Promontorio as engineering consultants.

Al Abdulla said units of the project range in space between 70 to 80 square meters, and every commercial unit includes a multi-use mezzanine, covering 60 percent of the total space to serve the needs of merchants.

On the name of the project, which may at first sound unfamiliar and unrelated to the project, Al Abdulla said Alaateda, mechanical machinery in English, however, is closely related to its location, the significance of which might be recognized by older Qataris who used to know the area and the kind of commercial activity that used to run there.

Ali Al Derbasti, Barwa’s acting head of development and real estate management department, said the project is expected to be released for contractors during the second quarter of 2015, marking the start of construction works, aiming for completion by beginning of 2017.

Alaateda consists of five connected buildings that were designed in a flexible way to adjust with any future plans of expansion. The commercial activity differs from one building to another, selling electronics, cars accessories, handcrafts, jewellery, furniture, textiles and fashion. While the last building is allocated for entertainment, video games, restaurants and a hypermarket. The project offers as well a parking lot with capacity to accommodate 1,500 cars.