Barwa Bank sponsors “The Journey to the depths ” documentary 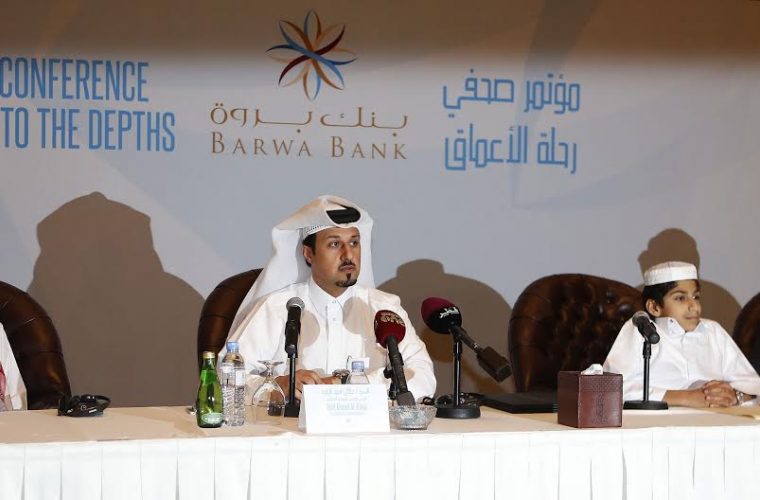 Barwa Bank, Qatar's most progressive Shari’ah compliant service provider, has announced its sponsorship of “The Journey to the depths”, a documentary that recounts young hero Ghanem Mohammed Al Muftah’s diving experience as he overcomes a rare physical ailment with determination. The sponsorship falls under the bank’s larger CSR framework, which supports various initiatives that pour into national development, and honors individuals with special needs who have made a positive impact on their societies.

“This initiative the bank is spearheading stems from a firm belief in the importance of supporting the potential of children and youth, whatever their circumstances may be, in achieving their hopes and goals through sheer determination and willpower. By sponsoring this documentary, Barwa Bank honors Ghanem Mohammed Al Muftah and his ability to reach all his goals. Al Muftah’s daily life and experiences form a formidable source of inspiration for our youth and a success story of reaching your goals through persistence. And we are immensely proud to share his story at the service of the community at large.

He added: “In line with the core values, principles and pillars on which our evolving society is built and transformed, the state’s wise leadership has enacted a number of laws that guarantee the rights of people with disabilities. As a private sector – particularly as financial and banking institutions – we are privileged to support the state’s efforts on this front.”

After yearlong intensive and rigorous trainings for Al Muftah, the documentary shooting took place in the City of Sharm El Sheikh, its story centering on the importance of hard work in reaching success. It is a rare and unique insight into the young hero’s deep-sea diving experience, in spite of his battle against Caudal Regression Syndrome (CRS), one of the rarest ailments in the world.

From his part, Mr. Talal Al-Khaja, Chief Communications Officer at Barwa Bank Group, stressed on the integral role that companies and institutions play in supporting such initiatives. He said:

“Through our resolute commitment to corporate social responsibility, we at Barwa Bank are restlessly working and intensifying our efforts in line with the Qatar National Vision 2030’s human and social development pillars. Our sponsorship of “Journey to the depths” is a unique initiative that we will continue to build on. It falls under our larger entirety of programs and initiatives that we spearhead at the service of the society and in efforts to instill values of giving and togetherness.”

He added: “The great strides that the hero Ghanem Mohammed Al Muftah has made in this journey in taking part in one of the toughest sports and the countless hours of practice was not an easy task and required a lot of hard work and dedication. Ghanem was able to accomplish all this through his commitment and self-belief and this is the essence of the project. Barwa Bank is honored to announce that he will be the bank’s media ambassador for a full year for all the humanitarian values he embodies.

A cinema release of the inspirational documentary is expected in the near future, while a slew of activities and functions that will see Ghanim representing the bank in public media appearances are soon to be announced.

During the conference, Al Muftah spoke about his experience, expressing his pride and joy in reaching this level of success after years of intensive and continuous trainings at the hands of diving experts. He said: “The moment has come for me to celebrate my success at the Sharm El Sheikh Ras Mohammed reserve. And with the presence of an international team, I raise the curtain on one of the most important life experiences I have had.” Concluding his speech, Al Muftah thanked the Barwa Bank management for extending its sponsorship, support and backing of his mission.