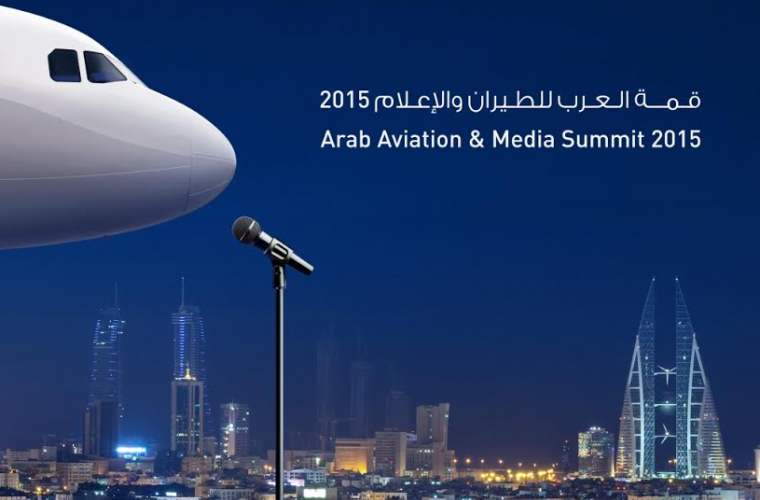 The 2015 Arab Aviation and Media Summit (AAMS) will be held in Bahrain, it was announced today. The event, which is a joint industry initiative by world-leading organizations, will take place on the 7th & 8th of December 2015 in the Kingdom of Bahrain’s capital, Manama.

Running in its fifth edition this year, the Arab Aviation & Media Summit is an industry initiative committed to improving the state of Arab Aviation & Tourism. The initiative is braced by many leading organizations such as Airbus Middle East, Air Arabia Group, CFM, CNBC TV and The Sultanate of Oman Ministry of Tourism in addition to many supporting partners; and this year’s edition is heldin partnership with the Kingdom of Bahrain’s Ministry of Transportation and Telecommunications and Bahrain Airport Company.

The 2015 edition will discuss the status of Arab aviation and tourism under the current political and economic climate, and will see industry pioneers from across the region come together to discuss the growing significance of the partnerships between tourism and aviation.

Described as the ‘voice of the industry’, the Arab Aviation and Media Summit is the largest assembly of Arab media together with top executives from the aviation & tourism industry. AAMS takes place in a different Arab city every year drawing attention to the host city travel and tourism experience as well as facilitating for a large audience of Governments, decision makers and media to share, learn and exchange.

Mohamed Yousif Al Binfalah, CEO of Bahrain Airport Company said: “We are delighted that Bahrain has been chosen to host the 5th annual Arab Aviation and Media Summit, which holds great significance to us on both aviation and tourism scales. This step reflects Bahrain’s legacy and status as a leader in Aviation and Tourism and will showcase the Kingdom’s experience in developing its travel and tourism sector. We look forward to working with the many partners over the coming months to facilitate this year’s summit that will further foster the correlation between Arab Aviation & Tourism.”

This year’s Summit will bring together an array of international and regional industry experts, as well as media representatives from across the entire Arab World to exchange ideas and strategies to address the challenges faced by the sector.

Adel A. Ali, Group Chief Executive Officer, Air Arabia said: “The aviation industry continues to be the key contributor to Arab economy and the link between aviation and tourism is becoming increasingly significant. We are glad to be part of this growing industry forum that this year’s edition promise to bring together industry experts to explore the mutual benefits of fostering partnerships between the aviation and tourism industries for sustainable economic growth, with the aim of developing and encouraging tourism within the Arab states.”

The summit concludes every year with a white paper draft submitted to regulators and decision makers from both public and private sector followed up by a course of action. The report provides the latest insights on the current trends and challenges faced by the aviation-tourism sector in the Arab world and its impact on social and economic growth.

Fouad Attar, Managing Director of Airbus Middle East said: “The Arab Aviation and Media Summit with its fifth edition will once again bring in-depth analysis and insights to an audience of experts and senior journalists from 15 Arab countries. We are proud of our continued partnership with Air Arabia on this summit look forward to participate actively in showcasing Airbus latest market forecast and innovations”.

The summit is open for industry peers and Media. To learn more and to register, visit: www.arabaviationsummit.com or call +971.4.3688219.

Stay tuned for live updates about the summit on: Web: www.arabaviationsummit.com | Twitter:@AAMSummit