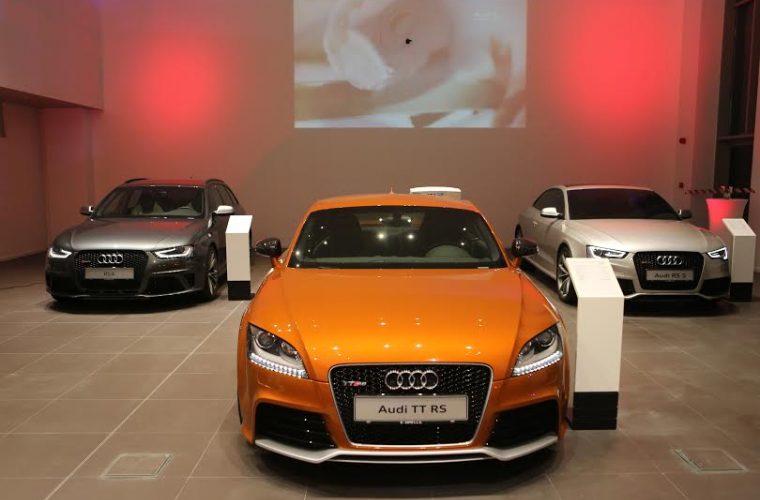 The Audi Group is again on track for success in the new fiscal year: With over 412,000 deliveries of the Audi brand, the company has enjoyed its best first quarter ever. In the first three months of the current fiscal year, the Ingolstadt carmaker generated revenue of € 12,951 million and an operating profit of € 1,314 million. The operating return on sales reached 10.1 percent.

“Despite high up-front spending on new products and technologies and the expansion of our international production network, we have generated an operating profit of € 1,314 million in the first quarter,” declared Axel Strotbek, Member of the Board of Management of AUDI AG for Finance and Organization. He explained that the operating return on sales of 10.1 (2013: 11.1) percent is again just above the strategic target corridor of eight to ten percent, supplying further evidence of the company’s high profitability.

In preparation for further growth, Audi intends to take on around 2,000 experts this year in Germany alone. The new employees will be recruited mainly for the lightweight construction, connectivity and electric mobility fields of expertise, or be involved in the expansion of the international production network. In addition, the company will be offering apprenticeships to around 750 young people in 2014.

For 2014 overall, the Audi Group expects to see a slight increase in revenue to more than € 50 billion. The systematic expansion of international manufacturing structures, rising up-front spending on new products and technologies as well as mix effects will initially diminish profit in the current fiscal year. At the same time, the positive trend in deliveries and revenue along with ongoing productivity and process improvements will impact operating profit positively. Overall, the company expects the operating return on sales to lie within its strategic target corridor of eight to ten percent.