ANGRY BIRDS have landed in Qatar; The world’s first ever Angry Birds World™ to open soon 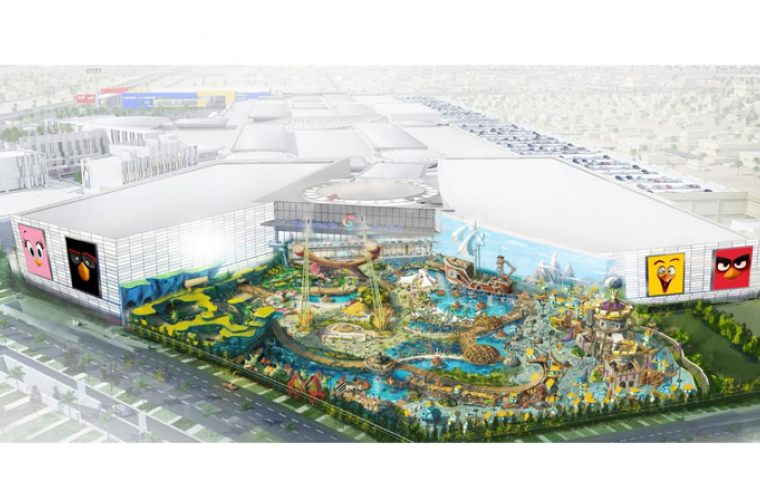 The neighbourhoods of Doha were greeted with the exuberant chirps of birds from a faraway land. The beloved flock of Angry Birds have landed in the city, setting in motion the development of the world’s first ANGRY BIRDS WORLD™. The feathered crew have specially flown in to oversee the completion of their new nest, bringing their signature mischief and gusto to the one-of-a kind entertainment park.

ANGRY BIRDS WORLD™ is a pioneering concept introduced and developed by Trimoo – the world’s ground-breaking experience innovators; in collaboration with Talal bin Mohammed Trading (TBMT), the exclusive licensee for Qatar, and Rovio Entertainment Corporation, the world’s biggest mobile game brand licensor and the developer and distributor of the hugely popular Angry Birds game that has 4 billion downloads since 2009.

Designed and developed over a sprawling 17,000 square meter area at the Doha Festival City, ANGRY BIRDS WORLD™ will draw visitors into a maddening adventure with the furious flock through a range of over 20 high-thrill rides for all ages. The park will also have a large array of F&B outlets, retail shops, edutainment activities and a host of attractions that will engage and entertain the whole family.

Shedding light on the ANGRY BIRDS WORLD™, Riad Makdessi, CEO of Trimoo, said: “At Trimoo, our objective has always been to deliver more than just entertainment. We believe that with creativity, innovation, game and design thinking we can revolutionise the way people experience the world.”

He continued: “ANGRY BIRDS WORLD™ was the perfect outlet to our passionate approach. It helps us be the unique storytellers that we aspire to be. With this entertainment park, we aim to offer our visitors a uniquely immersive experience that will delight the whole family – children and adults alike. While our range of attractions is inherently thrilling, we are also focusing on educational activities that will help nourish the curious minds of children. We are determined to set new standards of entertainment in Qatar, offering visitors a new destination of untamed fun and adventure, and most importantly – create lasting memories.

With the birds leading the mission, the park’s indoor section is quickly shaping up for a launch within the upcoming months, followed by the opening of its outdoor area. Its anticipated inauguration will mark a historic milestone for the country as the world’s first-ever Angry Birds World in Qatar. The mega-million project is being developed in line with the Qatar National Tourism Sector Strategy 2030 (QNTSS). It aims to drive the country’s revenue by actively contributing towards boosting tourism in Qatar, while building novel experiences for residents and visitors on a national level.

ANGRY BIRDS WORLD™ constitutes one of the four major entertainment parks that are introduced by Trimoo and set to open at Doha Festival City, located along Al Shamal Road. Upon completion, the unique entertainment destination will be home to – SNOW DUNES™ – the country’s first indoor snow park set in an ancient Arabian village; VIRTUOCiTY™ – the region’s first digital and eSports gaming park; and JUNIVERSE™ – the world's first city in space that aims to inspire and entertain children

With the excitement soaring, ANGRY BIRDS WORLD™ has launched dedicated online channels, enabling fans to follow the flock and their rollicking adventure in Qatar.