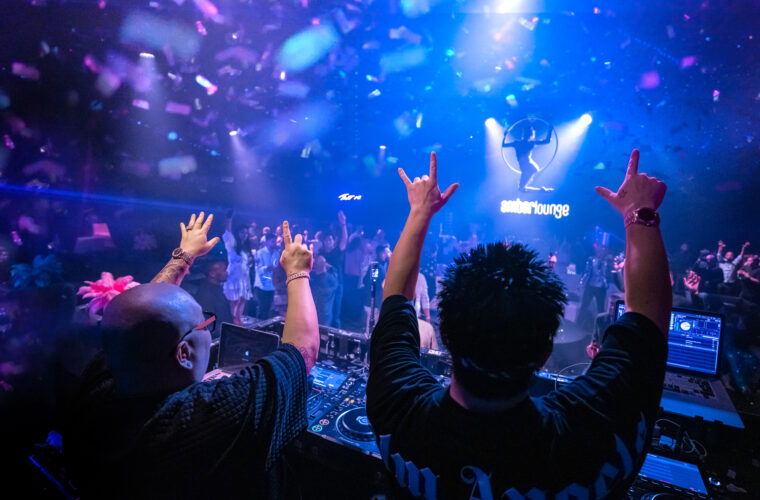 Only two weeks into the world’s most watched sporting event, the FIFA World Cup, on the ground in Doha, there were winners on and off the field, with many celebrity supporters attending Amber Lounge, the famed party hot-spot to the stars.

Making its month-long debut until the final matches on 18 December, notable figures from the sports arena were spotted at the palatial Le Royal Meridien hotel, including international former-football sensations Ashley Williams, Robbie Keane, Joe Cole, and Wayne Bridge waving the flag for the UK. While the South American VIPs came out to support the likes of Brazilian former footballer Maxwell and Argentinian Mauricio Pochetino.

“After more than 20 years as the world’s most exclusive VIP afterparty at key Formula 1 destinations around the world, it’s no surprise that Amber Lounge is garnering a reputation as the place to be in Qatar for the World Cup. Especially as we inch closer to the finals, we expect to see extravagant celebrations abound and what better way to do that than in a luxe environment where entertainment and indulgence are the spoils of choice,” shared Jeannette Tan, Group Managing Director of Amber Lounge.

Yet to come is a stellar line-up of acts, including the incomparable Basement Jaxx, off the back of a summer tour in Ibiza performing on 9 December, while American mega rapper Lil Jon is set to light up the stage with his performance on 15 December. The ever-popular The Stickmen Project, known for performing in an all-black outfit with LED lights depicting the outline of a stickman character, will close out the weekend and a soon-to-be-announced final showcase extravaganza.

Within the refined surrounds of the Le Royal Meridien, Amber Lounge has specially created ultra-exclusive suite concepts for its table packages, including its DJ Suite, Diamond Suites and Amber Suites. These premium suite offerings comprise private booths for the ultimate in privacy within the venue and each of which bears an ultra-exclusive price tag of more than tens of thousands of dollars for only the most discerning guests.