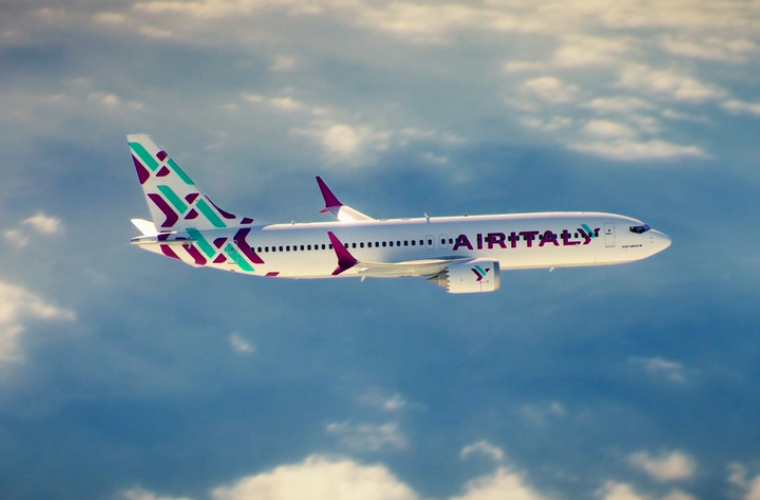 Meridiana, Italy’s long established privately owned airline, has announced an exciting new phase of growth and development with its new identity as Air Italy. Qatar Airways previously strengthened its commitment to Italy in 2017 with the acquisition of 49 per cent of AQA Holding, the new parent company of Air Italy, while the previous sole shareholder Alisarda kept 51 per cent.

Air Italy aims to have approximately 50 aircraft by 2022 and is already committed to receiving 20 of the brand new Boeing 737-Max aircraft type from April 2018, over the next three years. Air Italy will also receive five Airbus A330-200 aircraft this year from the Qatar Airways’ fleet, prior to these being further replaced by Boeing 787-8 Dreamliner aircraft, commencing May 2019.

Further plans also include strengthening the short-range network to improve connectivity and launching the first long-range destination from Rome Fiumicino in 2019. Air Italy aims to fly more than 50 year-round routes by 2022.

Qatar Airways Group Chief Executive, His Excellency Mr. Akbar Al Baker, said: “Qatar Airways is known the world over as the best airline in the world, as voted for in Skytrax 2017. It is with this ambition and dedication to the passenger experience that we will work together to build a sustainable airline alternative for the people of Italy and global travellers to and from this beautiful country.”

“With high quality and an affordable schedule of services in the domestic, regional and intercontinental segments, Air Italy will achieve global scale in both fleet and network expansion, offering high-quality premium class products across all flights on a modern fleet.”

Commenting on the new airline identity and developments, Chairman of Alisarda, Mr. Marco Rigotti, said, “Our ambition is strong now as it has been throughout our history, starting with the aim of assisting in the development of tourism in Costa Smeralda and, later, to develop the leisure and charter Italian marketplace.

“Over the last 10 years Meridiana has witnessed the radical transformation of the European aviation industry, characterised by a fierce competition. Air Italy aims to be a leader in the global industry, thanks to the airline’s hub in Milan Malpensa, and the reinforced base of Rome Fiumicino, alongside the seasonal network from Olbia’s Costa Smeralda heritage base which is also the headquarters of the airline.”

Meridiana’s Chairman, Francesco Violante, commented: “Air Italy has an ambition to reach a goal of transporting 10 million passengers per year by 2022 traveling to, from and via Italy. We expect more than 8 million of these to use Milan Malpensa airport. In support of this ambition, there is a great need to develop new skills and competences amongst our people and for all to embrace change as a fantastic opportunity. I wholeheartedly support this new effort.”

Meridiana has carried more than 100 million passengers to date as full-service carrier, operating both short-haul and long-haul flights. The Company has more than 1,400 dedicated employees, maintains codeshare partnerships with other major airlines, and is a full member of IATA and the largest airline at Olbia Costa Smeralda airport.