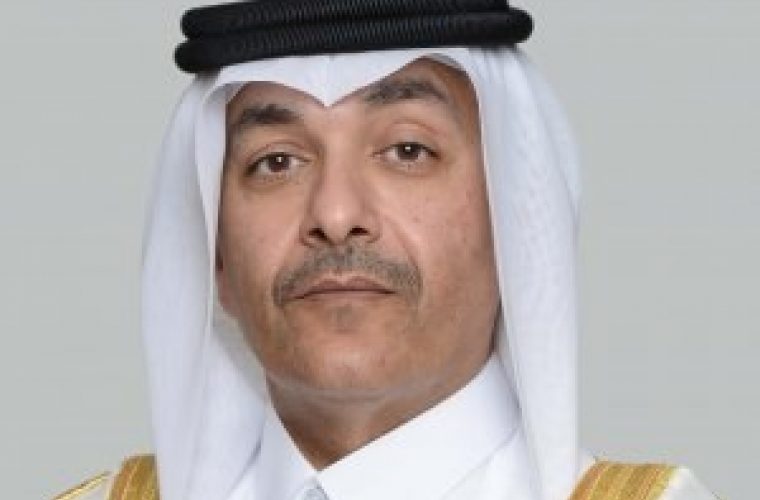 This came Saturday in remark H.E. the Minister made on the sideline of the career fair organized by Qatar National Bank (QNB) Group.

His Excellency pointed out that preparations are underway to launch a package of initiatives aimed at increasing the rates of Qatarization in many sectors and areas in the country.

H.E. Minister of Administrative Development, Labor and Social Affairs, praised QNB's organization of the career fair, which aims to attract graduates of Qatari universities and job seekers, pointing out that the QNB Group is one of the leading institutions in the field of localization, increasing Qatarization rates and qualifying Qatari cadres.

He also praised the efforts made by other bodies in the country to develop Qatari cadres and provide outstanding opportunities for citizens, qualify and train them and raise their level of efficiency in many sectors.

For his part, Acting Chief Executive Officer of QNB Abdullah Mubarak Al Khalifa said that the organization of the fair is an important event for new graduates and job seekers in the financial and banking sector as well as for the bank.

He stressed that these numbers indicate the growth and development of the level of the Qatari employee, stressing also that the Group offers several jobs in the financial and banking sector, in an effort to increase the proportion of Qatari employees in the coming period and in line with the Qatarization policy.

QNB Group provides a distinctive environment for development and training to contribute to raising the efficiency of employees, in addition to giving its employees the opportunity to gain experience in its branches outside the country, he explained.

He noted that the QNB Group has established a number of partnerships with national universities, such as Qatar University, in order to develop competencies through training and scholarships for students, appreciating the remarkable presence of students and graduates who came to learn about the opportunities offered by the group.

Organized by QNB, the Middle East and Africa's largest financial institution, the career fair witnessed a high turnout by nationals from high schools, university, and experienced graduates. QNB received a large number of applications for employment and training submitted by those wishing to join the bank.

The event, which was organized as part of the Group's commitment to the development of national human resources, is an important occasion to provide employment opportunities for national cadres to meet their personal aspirations and contribute to the strengthening of the human development pillar within the Qatar National Vision 2030.

The Group is keen to organize this important event as part of its commitment to support national economic growth in order to consolidate the concepts and principles of social responsibility policy as an important pillar of the Group's overall strategy.

Through its subsidiaries and affiliates, QNB Group is in more than 31 countries and three continents around the world. It provides the latest banking services to its customers through 1100 branches and representation offices, in addition to 4400 ATMs. QNB Group employs more than 30 thousand employees.