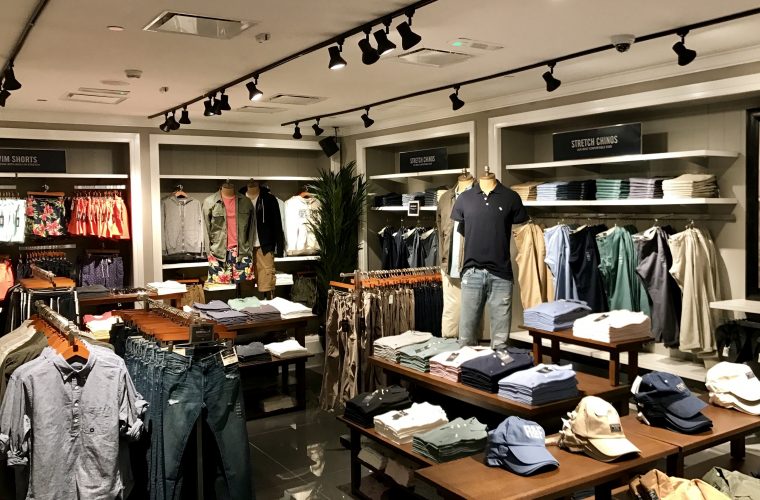 Majid Al Futtaim, the leading shopping mall, communities, retail and leisure pioneer across the Middle East, Africa and Asia today recently that Abercrombie & Fitch opened its first location in Qatar at the Mall of Qatar. A Hollister store is set to open in the mall later this month. These stores are part of the franchise agreement between Majid Al Futtaim Fashion and Abercrombie & Fitch Co., as announced in 2016.

Majid Al Futtaim first introduced Hollister into the region at Mall of the Emirates in February 2014, setting the brand’s records for the highest sales on opening day. The regional introduction of Abercrombie & Fitch was in Kuwait, both at 360 Mall and The Avenues, followed by a flagship store in Mall of the Emirates in December 2015 that saw the launch of the brand’s first fragrance concept store.

Abercrombie & Fitch has recently launched a new brand positon, one with an updated attitude that reflects the character, charisma and confidence of today’s 20+ consumer. Abercrombie & Fitch remains true to its 125-year heritage of creating expertly crafted products with an effortless, American style. The 456 sqm store will be on the ground floor at Mall of Qatar and will feature the brand’s warm and inviting shopping environment.

Hollister is the quintessential retail brand of the global teen consumer, celebrating the liberating spirit of the endless summer inside everyone. The new Hollister store will feature the brand’s newest Spring collection, which includes a wide assortment of on-trend fashion including seasonal tops, dresses, denim, and swimsuits for both guys and girls. The 620 sqm store will sit near the Abercrombie & Fitch store on the ground floor.

“We are very excited to be expanding both the Majid Al Futtaim Fashion brand portfolio in Qatar and our Abercrombie & Fitch and Hollister portfolio in to one of the most promising markets in the region,” said Mr. Rajiv Suri, Chief Executive Officer of Majid Al Futtaim Fashion. “The brands are very popular with Middle East shoppers and we look forward to build on the success through regional expansion.”

“With the strong demand we see for our brands in this region, we are pleased to be opening both Abercrombie & Fitch and Hollister at the Mall of Qatar,” said Fran Horowitz, Chief Executive Officer of Abercrombie & Fitch Co. “We are committed to further growth in the Middle East and proud to have Majid Al Futtaim as a partner to drive and support our continued expansion.”

The brands will continue opening in Qatar with stores in Doha Festival City Mall, to be announced soon. The franchise agreement will see the brands eventually expanding into Saudi, Oman and Bahrain.