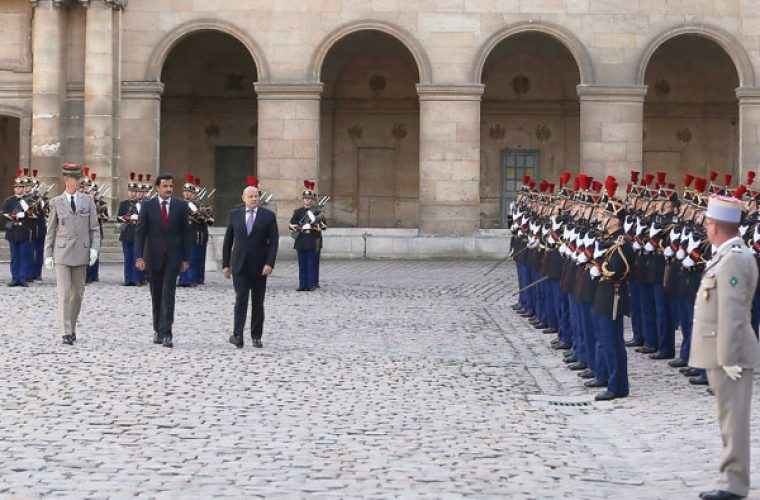 French conglomerates Alstom and Vinci signed a 2 billion euro ($2.72bn) deal with Qatar yesterday to build a tram system in the future Lusail City, while both countries discussed a possible defence contract.

The deal, which will see the light rail system starting to operate in 2018-20, was signed in the presence of journalists during a visit to Paris by the Emir H H Sheikh Tamim bin Hamad Al Thani.

One of the Gulf’s largest real estate developments, Lusail City is expected to house up to 200,000 people and contain commercial districts, including the $275m Marina Mall project, 22 hotels, four islands and two golf courses. The estimated $45bn development will also feature the 80,000-seat Lusail Stadium, where the championship match of the 2022 World Cup soccer tournament will be played.

The contract includes construction of 25 stations and the electric infrastructure surrounding the four-line network, expected to stretch 33km when finished. For its 750m euro portion of the deal, Alstom said it will deliver 35 trains along with power supply equipment, signalling and trackworks.

The contract was won by Alstom and QDVC, which is 51 percent owned by Qatari Diar and 49 percent by Vinci’s major projects unit.

Qatar has been under fire for its treatment of migrant workers, many of whom are reported to have died on the country’s infrastructure projects, but has announced stricter measures for contractors involved in building work for the 2022 tournament.

Asked whether France had raised the issue of worker conditions during the Emir’s visit, a French official said, “We talk about everything with Qatar. There are no forbidden topics.”

Leaders of both countries also discussed the possible sale of French Rafale fighter jets, built by Dassault Aviation, to Qatar but there was no immediate conclusion. “They discussed it. Negotiations are continuing,” a source close to French President Francois Hollande said following a meeting during the Emir’s first official visit to France.

Qatar is planning a significant increase in its Air Force as it forges a wider international role after taking part in the 2011 Libya conflict. Qatar’s Air Force operates a squadron of 12 Dassault Mirage-2000 jets, but is now looking to buy 72 jets in two equal tranches.

“Qatar has always chosen French technology for its armed forces,” Hollande said in a speech toasting the Emir before an official dinner.

The Emir made no reference to the Rafale during his remarks, spoken in French. France is anxious to secure its first export buyer for the Rafale as it also tries to close a long-awaited $15bn deal with India for purchase of 126 multi-role jets.

In Qatar, Dassault Aviation is competing with the Eurofighter Typhoon — offered by a European consortium of Airbus Group, BAE Systems and Finmeccanica — and the F-15 fighter built by US planemaker Boeing.