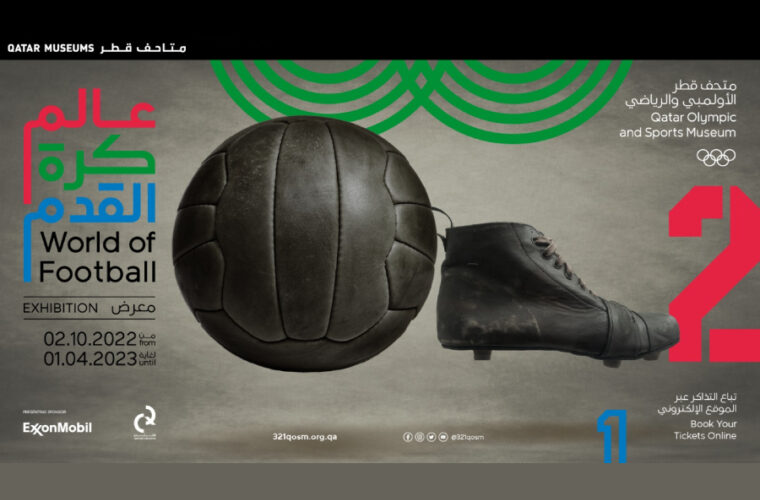 To celebrate the FIFA World Cup Qatar 2022™, the first World Cup to be held in the region, the 3-2-1 Qatar Olympic and Sports Museum will present the exhibition World of Football from 2 October 2022 to 1 April 2023. The exhibition will take visitors on a journey through the beginnings and history of football and the origins of the FIFA World Cup, underscoring the sport’s ability to transcend borders and cultures and bring people together.

The exhibition is part of Qatar Creates, the year-round national cultural movement that curates, promotes, and celebrates the diversity of cultural activities in Qatar while connecting resident and global audiences with Qatar’s creative industries.

RELATED: What benefits does the Qatar Creates' One Pass give you

Taking inspiration from the structure of a typical football match, the exhibition will be presented in two halves. The first – Football for All, All for Football – examines football's universal and global appeal. The second – The Road to Doha – takes the visitor from the first FIFA Men’s World Cup matches in Uruguay in 1930 to the final in this year’s tournament at the Lusail Stadium on 18 December 2022.

The “extra time” section, History in the Making, will expand throughout the World Cup, as items from the tournament, such as footballs, shoes, scarves, tickets, posters, official merchandise, and other objects, are added to commemorate events that make history in Qatar.

“Our exhibition will provide a unique experience for visitors of all ages and backgrounds and will not be only limited to football fans. It will also showcase how inclusivity in any sport plays a pivotal role in bringing people together and bridging gaps.”

Among the exhibition highlights is the jersey worn by Argentine great Diego Maradona described by many players as ‘the greatest player of all time’ when he scored twice to give Argentina a 2-1 lead against England in the quarter-finals of the 1986 FIFA World Cup. His second goal was nominated by FIFA.com users as the “goal of the 20th century.”

The jersey is on loan to the exhibition after being sold at auction in May 2022, when it became the most expensive piece of sports memorabilia ever purchased.

Additional objects featured in the exhibition include a football used in the finals of the first World Cup tournament in 1930; the first written account of the rules of football, determining how the sport is played; Pele’s Santos shirt from 1973, the year he came to play in Doha; and jerseys worn by some of the sport’s all-time greats.

“Football is the most followed sport globally, and this exhibition will give visitors the opportunity to learn how sports, especially football, play a pivotal role in bringing people from diverse backgrounds together. In addition, World of Football will illustrate how the sport has a very special significance in Qatar, and how impactful it is for Qatar to host the World Cup, both locally and throughout the region.”

The objects, films, and images featured in the exhibition come from various local and international organisations and loans from private collectors. Alongside items from 3-2-1 Qatar Olympic and Sports Museum’s football collection, significant items from major international partner museums, including the National Football Museum in the UK, the FIFA Museum, and the Musée du Sport in France, will demonstrate the global influence of the game.

Dominic Genetti, President and General Manager of the official sponsor of the exhibition, ExxonMobil, said,

“We are excited to grow our strong and unique relationship with Qatar Museums as the main sponsor of one of its leading activities ahead of the FIFA World Cup, the World of Football. The FIFA World Cup is one of the most prestigious tournaments in the world, and we’re delighted and proud to be playing our part as an active community member by joining local efforts to ensure its success through partnerships such as this one that supports important activities.” Genetti added, “The exhibition will tell a riveting story of the history of football, the beginnings of the World Cup, and showcase Qatar’s remarkable journey to become this year’s tournament host – we can’t wait to see it and for all the fans to experience it – it’s going to be phenomenal.” 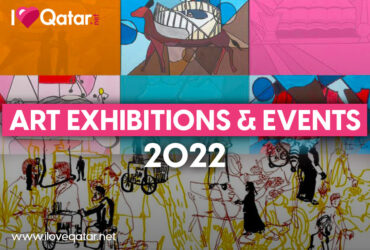