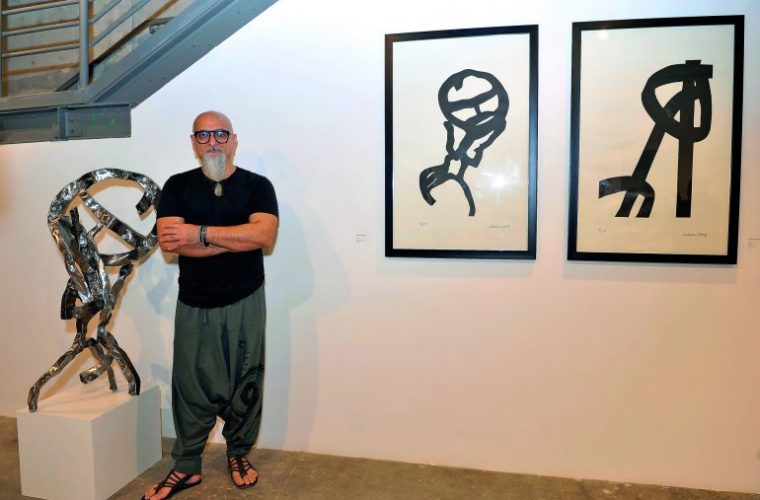 Art connoisseurs immersed themselves in a rich collection of artworks by established Arab artists at the opening of the 2018 Summer Collection exhibition at Al Markhiya Gallery at the Fire Station on Tuesday.

Prospective art collectors interested in owning artworks by some of the region’s renowned names in the world of contemporary art enjoyed 32 artworks created by a dozen artists, among which are sculptures and etchings by famous Iraqi sculptor Ahmed Al Bahrani and a limited edition Aqua Table by multi-awarded architect of global fame Zaha Hadid.

With price tags ranging from QR5,000 to over QR100,000, the paintings and sculptures are a must-have for private collectors with penchant for contemporary Arab art being offered at Doha’s oldest privately owned gallery.

Bahrani presents two abstract metal sculptures and two etchings on paper at the 12th edition of the exhibition, which is a much-awaited show in Doha’s art community during the summer season.

One of the most prominent Iraqi sculptors of today, Bahrani had been living in Qatar for the past two decades creating some of the most iconic public art pieces that are conspicuous around Doha including The Challenge bronze installation at Lusail Multipurpose Hall, the Olympic Rings at Khalifa International Stadium and Cube: A Message of Peace at Hamad International Airport, among others.

Bahrani is also the artist behind the towering 60ft-45tonne horse sculpture at Marsa Malaz Kempinski Doha which pays tribute to the important place the Arabian horse occupies and the significant role it plays in local and Arab culture and tradition.

One of the highlights of the show is the unique and enigmatic Black Aqua Table by the late Zaha Hadid she designed in 2005. The curvaceous table with three fin-like legs covered in eight coats of high-gloss automotive paint commands attention of every visitor making it an impressive centerpiece in any space.

The first woman recipient of Pritzker Architecture Prize, Iraqi-British architect Hadid received the UK’s most prestigious Stirling Prize in 2010 and 2011 and was made a Dame by Elizabeth II in 2012 for services to architecture. Among her major works are the aquatic centre for the London 2012 Olympics, the Guangzhou Opera House in China and the Al Wakrah Stadium in Qatar currently being constructed as a venue for the 2022 FIFA World Cup.