What is the Qatari Thobe? 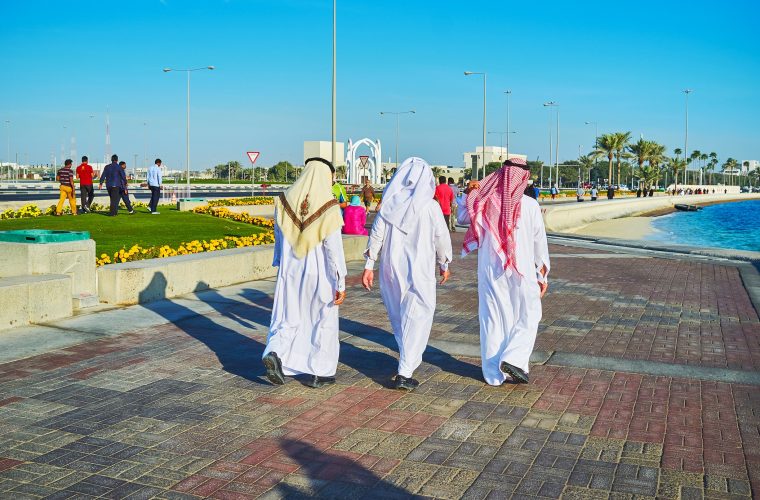 Although, with time Qatar has modernised and changed, developed and grown, there is one thing that has remained consistent.

The Thobe has never gone out of fashion. It is timeless just like the rich Qatari traditions and its culture. It may have taken on contemporary styling, but on the whole, it is as elegant and as effortless as it was back in the day and is as much a source of pride among Qatari men as it was before technology and modernisation became a thing.

And while we talk a lot about women and the way they dress in Qatar and other parts of the Gulf region, we hardly ever talk about the way men in Qatar and the Gulf dress - till now!

Here, in this article, we are going to talk all about the Thobe and what it stands for in Qatar!

Qatari menswear at its finest

The Thobe is a pristine white long robe-like clothing or tunic that covers the whole body from the wrists right down to the ankles. The top half of the Thobe is tailored like a shirt but reaches down to the ankle and is loose-fitting. A pair of loose white trousers called the Sirwal is always worn under the Thobe.

It is common all over the Gulf region where men wear it with an attitude! It is mostly made of cotton that is easy to iron, and ironically, you will barely ever see a Qatari guy with a stain on his thobe or a bunch of creases (believe me, I have never seen one!). That’s how well they wear this traditional Arabic attire.

Quite literally the word ‘Thobe’ can be translated as a garment, though now ‘Thobe’ is the word given to the Arabian man’s attire.

Though, the style in which the thobe is worn or design may differ slightly depending on which Arab country it is worn in, on the whole they are more or less similar, though the collar may be stiffened more and worn slightly higher and the sleeves may have a small or large cuff, worn with or without cufflinks, depending on how formal a Qatari guy wants to look and feel.

The thobe has long been part of the culture of Qatar which has been preserved even today, by the young and the old alike. Though many young Qataris have donned western clothes, many of them continue to consider the Thobe as an elegant attire and one that isn’t taken lightly.

You will see many a Qatari wearing this classy robe to work, to the Friday prayers, to restaurants and cafes, special occasions, funerals and on a daily basis, too, and you can see and feel the pride they feel in wearing this cultural Qatari attire.

Though we most often refer to women when talking about dressing modestly and covering their bodies, what many don’t know is that Muslim men must always adorn modest attire. In fact, the same rules apply to both men and women, and that’s why men in Qatar and other parts of the Gulf region wear traditional Islamic attire that is modest and unrevealing.

"lower their gaze and guard their modesty; that will make for greater purity for them"

The Thobe is the ideal attire for men in Qatar because the way it’s tailored allows air to flow through it and cool the body especially when out and about in the hot desert weather. The white colour also reflects the heat and is ideal in the summer. The hobe also protects the body from sand during sandstorms

On the lighter side

One of the best things about the Thobe is that themen can eat as much as they want and won’t even have to loosen their belt a notch. Oh, and it will also hide that paunch they’re wearing!

Slows the pace down

Believe me when I tell you that men really can’t run very fast with a Thobe because of the way it’s designed. And, if they really do need to make a getaway, they need to lift the hem, bring it up towards the waist and hold it there to even attempt running because this robe like garment is just not designed for a sprint.

And if by any chance they drop something on the floor and have to bend to lift it up, that’s going to be another problem.

What do you think about the Thobe? Do you like the traditional Qatari attire? Have you wondered how they are so white all the time? do let us know what you think. Like and share the article - it keeps us going!