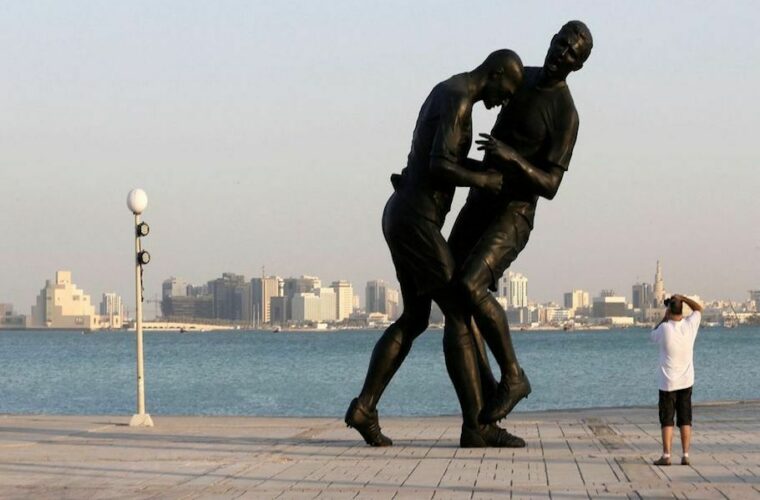 On Monday, 6 June 2022, H.E. Sheikha Al Mayassa announced the re-installation of the Zinedine Zidane sculpture at the 3-2-1 Olympic & Sports Museum.

The announcement came in her response to a reporter's question at the Qatar Creates press conference that took place at M7, Msheireb Downtown Doha.

H.E. Sheikha Al Mayassa explained that the sculpture was not removed due to being against public art, rather they deemed it not to be the right location for it.

She further expressed that Zidane is a great friend of Qatar and a great role model for the Arab world.

Addressing that art is being used to teach people facts about life; therefore, the Zinedine Zidane sculpture will be used to reflect the stress athletes undergo in big tournaments and the importance of dealing with mental health.