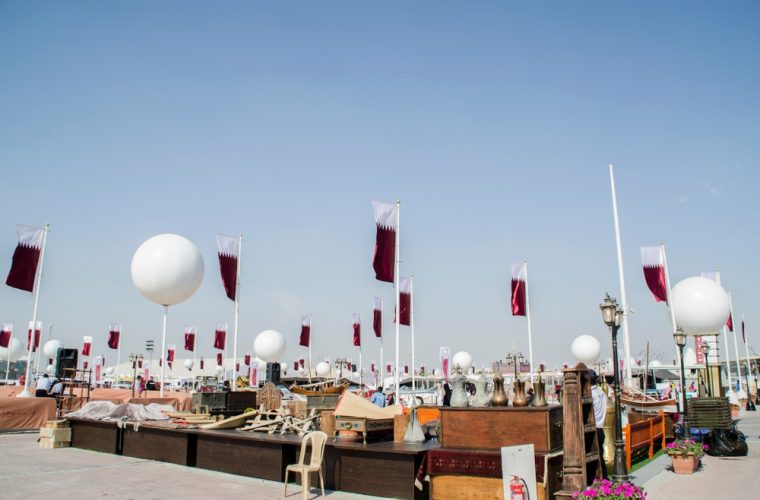 The Qatar National Day celebration started with the raising of the flag at Darb al Saai on Thursday, with the participation of multiple local organizations and authorities. Darb al Saai is set to receive visitors for 10 days until the 20th of December.

In an atmosphere charged with emotions of patriotism, pride and national identity, the opening of Darb al Saai took place at the prime venue and was highlighted by a parade presented by Police College as a participated entity of 320 students of 3 different groups, followed by the raising of Qatari flag held by citizens while singing national songs along with a show of al Hajn (camels), and a traditional dance (al Ardaa) presented by young Qatari children.

The celebrations of the national day this year are held under the motto Al MaaliKaydah which means the path of Excellency is difficult and is inspired by Qatar's founder Sheikh Jassim.

Other governmental entities are also participating in the celebrations, among them the ministry of interior, Ministry of Municipality and Environment, Qatar Charity, Qatar University the supreme committee for Delivery & Legacy, and many others.

The General Directorate of Traffic is participating with a pavilion Traffic Village, to teach both children and adults many important traffic rules, with a mini-museum that includes important dates and stories about traffic history in Qatar.

The activities of Darb al Saaicome to achieve the vision of the National Day by promoting loyalty, solidarity, unity, and pride in the Qatari national identity, which is embodied by the celebrations of the National Day of the State on December 18 of each year.