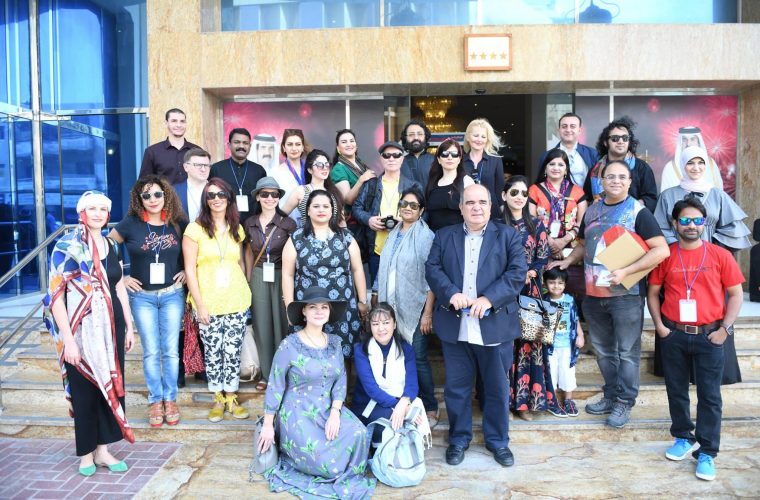 The Doha Fire Station has turned into an artistic melting pot as 147 artists from 58 countries gather for the Qatar International Art Festival (QIAF) 2018, probably the biggest of its kind festival in Doha.

“Amazing” was how Rashmi Agarwal, president of MAPS International and head of QIAF, described the opening of the mega festival on Thursday which saw the unveiling of an exhibition at the Gallery Space of the Doha Fire Station featuring some of the best works of the participating artists.

“All the 147 artists from 58 countries are here displaying more than 150 artworks. It is amazing because around 65 of the artists have from as far as Costa Rica, Korea, China and Japan, among other countries, to take part in the festival. It has so far been an amazing experience for everyone,” Agarwal told The Peninsula.

The Doha Fire Station grounds were bustling with activity as the artists started showcasing their unique styles and techniques in their chosen mediums during live painting demonstrations.

The organizers received a total of 292 applications from Qatar and other countries which were whittled down to 147, she said, adding the annual festival was conceptualized with the upcoming World Cup 2022 in mind.

“My main purpose is to connect people through art and culture. Since the country is hosting World Cup 2022, there are many people who want to see Qatar so this festival serves as a channel through which they can come and see the country and immerse in Doha’s burgeoning art scene,” said Agarwal.