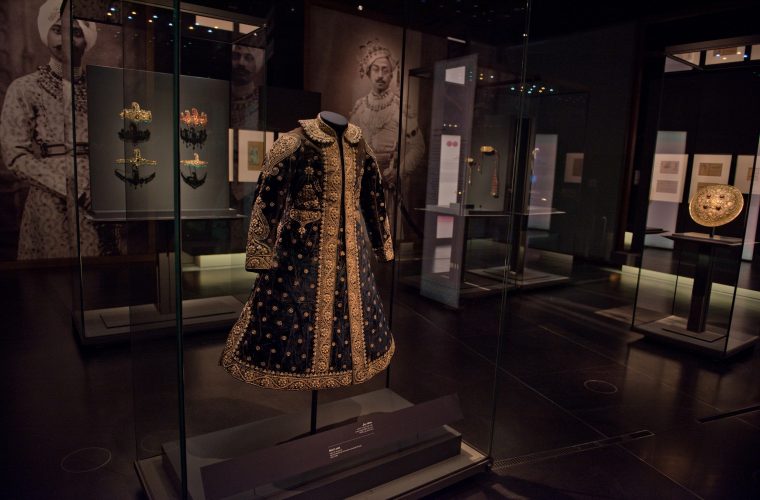 H.E. Salah bin Ghanem Al Ali, the Minister of Culture and Sports, opened the Set in Stone: Gems and Jewels from Royal Indian Courts exhibition at the Museum of Islamic Art (MIA). The exhibition comes in celebration of the 2019 Year of Culture Qatar-India and presents a look at magnificent gems and jewellery from India. Set in Stone: Gems and Jewels from Royal Indian Courts showcases more than 100 pieces from across Qatar Museums’ (QM) collections, including many masterpieces that have never been displayed before. Drawing from MIA’s permanent collection, the National Museum of Qatar (NMoQ), and QM’s Orientalist Collection, this exhibition brings together a splendid array of jewellery, jewelled objects, works on paper, and photography. The exhibition is open from the 23rd of October 2019 to the 18th of January 2020.

For over 5,000 years, minerals and metals were extracted from India’s rich earth and crafted into beautiful pieces to adorn the body or give as offerings. India’s reputation for abundantly rich natural deposits attracted travellers and traders for centuries; so prized were these stones that wars were waged to win the right to exploit mines and control trade routes. The wealth of any Indian court was directly tied to the size and value of its royal treasury, and nowhere was this clearer than in the Mughal Empire (1526-1858). Whether left in their natural state, carved, or set within gold, precious stones adorned a variety of objects that came to be associated with the wealthy elite, Emperors and Maharajas. Spectacularly opulent, these objects defined Indian luxury.

The exhibition is organized into four sections: “Precious Stones” reveals the cultural and economic importance of stones in India, tracing their history, sourcing, and trade in the early modern period. “Court & Ceremony” explores the role that gems, jewellery and jewelled objects played within a courtly context in the outward projection of wealth and status. “Beyond the Court” demonstrates the personal, private and devotional uses of crafted jewels. “Qatar Connection, Pearls for Gold” recounts the long cultural and commercial exchanges between India and Qatar, as seen through the traditions of pearls and gold, and explores how this lineage has influenced local Qatari jewellery fashion.

Exhibition highlights include ‘Indian-Cut’ diamonds from the famed mines of Golconda, in the Deccan (southern India), which – until the discovery of new diamond deposits in the 18th century – were the main source of diamonds throughout the world. MIA’s jewelled falcon, which most likely adorned the top of a throne, is a masterpiece of 17th-century Mughal craftsmanship and demonstrates the richness of the Mughal court. Another highlight is the magnificent necklace from Varanasi: composed of seventeen diamonds suspended with gold-collared emeralds surmounted by baroque pearls, this necklace showcases the continued opulence of 19th-century Maharajas. The most impressive object on display is known as the ‘Clive flask’, a 17th-century jewel-encrusted jade flask that once belonged to Robert Clive, 1st Baron Clive of Plassey (1725-1774). This object – remarkable for both its beauty and provenance - will be displayed in Doha for the first time.

Set In Stone: Gems And Jewels From Royal Indian Courts is curated by Dr. Tara Desjardins, with the support of Nicoletta Fazio, Reem Aboughazala, and Tamadur Tariq Al Shamlan.