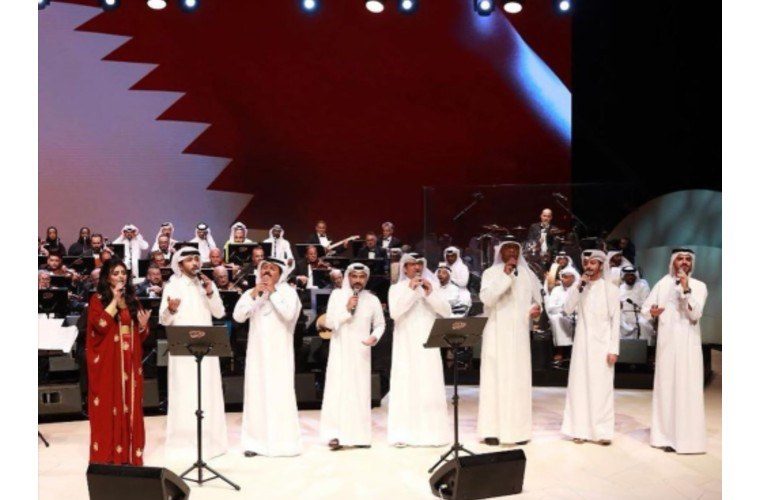 The Centre of Music Affairs of the Ministry of Culture and Sports organized a ceremony highlighting Qatari songs, during which a group of Qatari singers, musicians and songwriters participated.

Held at Qatar National Theatre on Friday, HE the Minister of Culture and Sports Salah bin Ghanem bin Al Ali attended the ceremony along with a number of Ministry's officials and a great number of people.

In a speech published in the booklet of the ceremony, HE the Minister of Culture and Sports stressed that the Qatari singing is an expression of the authentic conscience of the Qataris and is still a true interpreter of their conditions, hopes and national cohesion.

In a great gesture from the organizing committee, the late Qatari composer Hassan Ali was honoured, as a documentary film on his artistic history was screened.

The Centre of Music Affairs was established in 2016 and aims to promote music as a culture among the different segments of society. It also maintains the cultural identity of Qatari music.