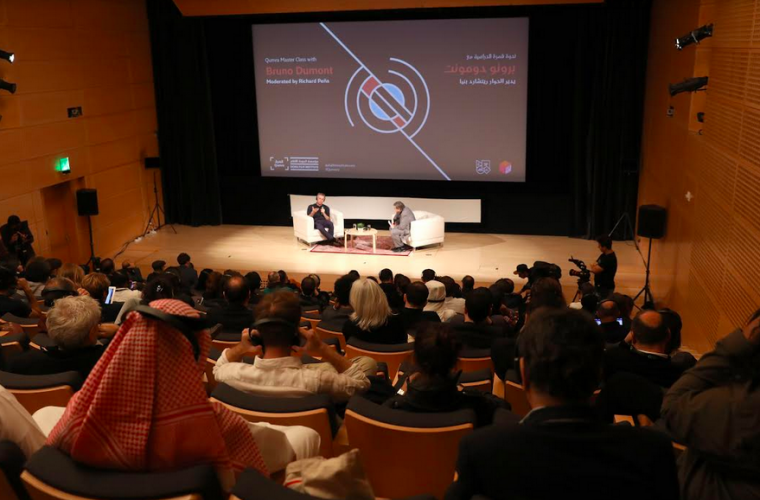 The fourth edition of Qumra, the annual industry event by the Doha Film Institute, to be held from March 9 to 14, 2018, has received remarkable support, yet again, from leading Qatar based and international entities including global cultural and film organizations.

Organised with the goal of nurturing the talents of next-generation talents, with a focus on first- and second-time filmmakers, Qumra will be held at Souq Waqif and the Museum of Islamic Art, and will host over 150 international delegates including film producers, distributors, festival directors, funding agencies, sales & marketing professionals, VoD experts and more, as well as the talents associated with 34 Qumra projects.

Fatma Al Remaihi, Chief Executive Officer of the Doha Film Institute, said: “The strong support that Qumra receives every year is a testament to the commitment of the government and private sector in Qatar to promote our nation as a destination that promotes the creative industries and young talents. We continue to receive their encouragement and guidance, which is invaluable in hosting this international event that adds to the pride of the nation. We are thankful to all the organisations for their unwavering support. Together, we can support emerging filmmakers from around the world, including from Qatar and the region, and provide them a sounding board for furthering their career in cinema.”

Continuing their support to Qumra are Qatar Museums, the Museum of Islamic Art and Souq Waqif are the Cultural Partners of Qumra 2018, while the event is supported by Culture Pass, the Translation and Interpreting Institute (TII) and FNAC the leading French Cultural store. SONY is the Official Electronics Partner and Souq Waqif Boutique Hotels by Tivoli is the Official Hotel Partner, both reaffirming their commitment to the event.

Extending support as ‘Friends of Qumra’ are: Sarajevo Film Festival, the French Embassy in Qatar, Northwestern University in Qatar, and L’Institut Français du Qatar, as well as The British Council is supporting the festival with a virtual reality installation and also a presentation by British artist Simon Wilkinson as part of their cultural outreach and collaboration initiative. Screen International once again comes on board as the Media Partner.

The Qumra 2018 industry events include workshops and meetings for first- and second-time filmmakers with international film industry experts in bespoke mentorship labs; the Qumra Master Classes, led by acclaimed filmmakers; Qumra Screenings of feature films presented by the Qumra Masters and recipients of funding from the Institute, followed by question-and-answer sessions; and the Qumra Talks, which are panel-style discussions that cover a broad range of topics.

Qumra 2018 has also introduced the Qumra Pass Events for the general public this year, which will give them access to Qumra Master Classes, Qumra Screenings and Qumra Talks. Qumra Pass is open for all citizens and residents in Qatar and the region, and applications will be processed on a first-come, first-serve basis. The price for Qumra Pass is QAR 500, students and holders of Culture Pass, Qatar Museums’ membership program which offers unique access to cultural activities across Qatar, can purchase it for a discounted price of QAR 350. To apply for a Qumra Pass, register at www.dohafilminstitute.com by February 20, 2018.