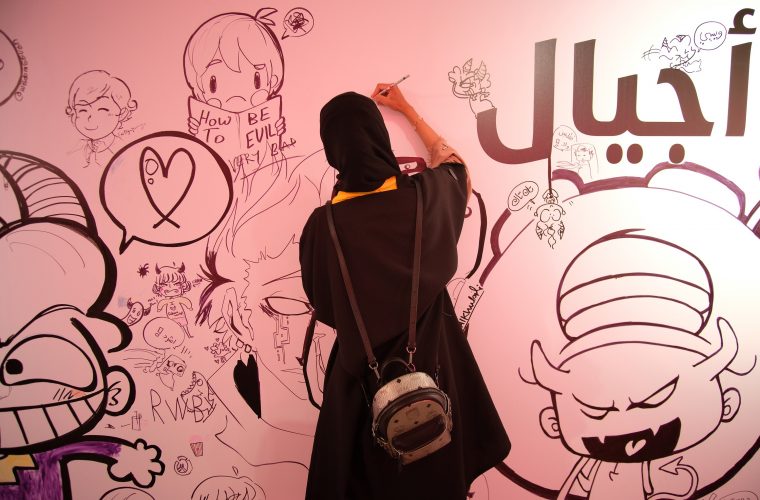 Qatar’s largest pop-culture event, Geekdom returns to the sixth edition of the Ajyal Film Festival, the annual cinema event hosted by the Doha Film Institute from November 28 to December 3 at Katara Cultural Village. The must-visit event for nerds, gamers and everyone who loves to have a good time in the company of friends, Geekdom is part of the Ajyal Creativity Hub, which aims to engage the community. Entrance to the Geekdom pavilion in Katara Buildings 18 & 19 is free and open to the public.

Among the highlights are cool cosplay days, edge-of-your-seat video game tournaments, and film screenings ensuring that everyone has something to enjoy from Nov. 29 to Dec. 3. In addition, Qatar’s character designers, concept artists, storyboard artists and fan artists will demonstrate their skills and share them with the community, with their arts and products offered for sale. Kiki’s Delivery Service

The Geekdom screenings this year is a special showcase of films by eminent Japanese animator and director Hayao Miyazaki. The films include: Kiki’s Delivery Service (Japan/1989), the story of a young witch who is a little green and plenty headstrong, starring Kirsten Dunst and Minami Takayama; Spirited Away (Japan/2005), co-directed by Miyazaki and Kirk Wise, about 10-year-old Chihiro and her parents, who stumble upon a seemingly abandoned amusement park, which won the Golden Bear at Berlinale and the Academy Award for Best Animated Feature Film in 2003; and My Neighbor Totoro (Japan/1988), an enchanting tale that captures all the wonder, awe and gentle sadness of childhood, starring Dakota Fanning.

At Geekdom Talks, engage in insightful and interesting discussions as author, actor, director and voice artist Omar Al Shamma takes you through his life journey, especially the challenges he faced as one of the founding members of the dubbing movement in the region. Also listen to Dr. Gregory Bergida, who served previously as Director of Student Affairs at Northwestern University in Qatar, talk on ‘Immersive Content: Expanding Outward by Looking Inward. The final Geekdom Talk is by Professor Leland Hill on ‘Life as a Geek’ as he looks back at his childhood and the television shows and movies that influenced and cultivated his love for all things geeky.

The Geekdom Tournaments, at the gaming area sponsored by Virtuocity, are not to be missed. Compete at the FIFA 19 Tournament, the latest and greatest edition of the ever-popular EA football video game franchise, organised by Youth Hobbies Centre. You can also register your team for Overwatch, a videogame played in teams of six, with players selecting from a roster of 29 characters, known as heroes, each with a unique style of play; the event is organised by the Kanpeki team.

The closing night – Cinemoon meets Geekdom – will be held at the Katara Esplanade on Dec. 3 from 9 to 10 PM, organised by the Qatar Philharmonic Orchestra.