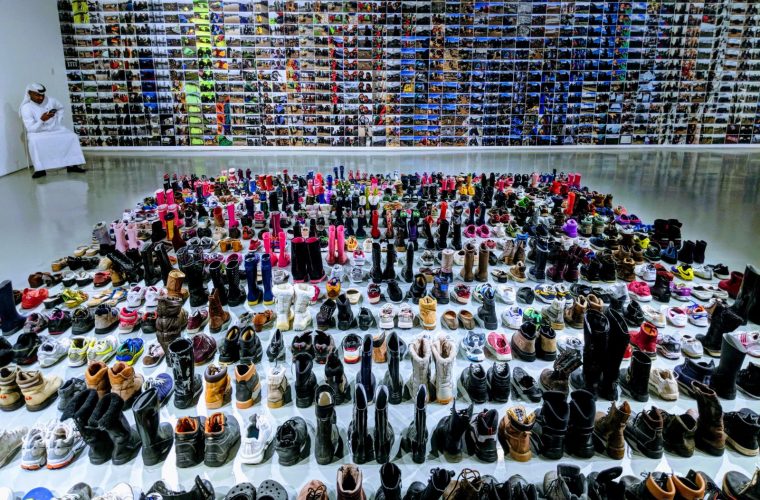 There's a not so newly-opened 'boutique-looking' spot at the Doha Fire Station (DFS) but before mistaking it for an extended branch of H&M or Mango, we want you to take a step back and give the thing a deserving second look.

The 'Laundromat Exhibition' -- derived from the process of self-service laundry -- has been up since March 15 and it's bewildering to know that not a lot in Qatar know what it's all about. The sad fact is, if majority of people has something to say regarding the installation, a number of them would call it either a boutique or worse -- a 'small shop of second-hand clothes.'

Chinese artist Ai Wei Wei brings to Doha for the first time some of the strongest representation of human survival extracted from his year-long expedition and examination of the hotly-debated catastrophe on refugees.

An installation which addresses the refugee crisis, the 'Landromat Exhibition' focuses on the refugee camp at Idomeni on the border of Greece and the former Yugoslav Republic of Macedonia. It's ongoing for public viewing until June 1st of the current year.

For an exclusive visual tour of the whole place, keep scrolling!

If you enter the DFS through the main door, go straight and you'll see the receiving area. When you turn right and you chance upon these colorful boats adorned with letters and words, then that's when you know that you're only one step away from the one-of-a-kind display of photographs, clothes, shoes, and tweets. Feel free also to grab a pen and write in one of the boats -- but we would suggest you to do this after you're finished with the whole thing. Besides, this is the same way outside and you can always come back. But please be reminded that they're open daily until 7:00 PM only!

This glass door is your gateway to Ai Wei Wei's peculiar but deeply-fascinating mind. You have a choice to think twice and take a step back, but approaching the door and immersing yourself in a parade of visuals like no other is still the more preferred choice. Don't let our words affect your life choices. Follow your instincts.

Once inside, you'll be greeted by this friendly machine which is mainly a survey form asking you the same, usual questions. You can skip it, but for head count purposes, please don't. It won't take much of your time. And also, don't hesitate to input your email. Qatar Museums has a plethora of sightseeing programs scheduled all year.

One of 'Laundromat's' most captivating corners is this sight. The hanging clothes that you can see from this image were some of the few possessions the refugees could take when they decided to leave their homes, among the last things they brought with them as they sought a new life. While we'll be talking more about what's taped on the ground and walls as you scroll along, I would just want to inform you that the garments were washed, dried, ironed, and recorded by Ai Wei Wei's team before displaying them. Meaning the scent of Idomeni's seas wasn't dragged along with the clothes all the way to Qatar.

Taped on the walls are countless clicks of Ai Wei Wei himself through his iPhone during the filming of his documentary film 'Human Flow.' Ai Wei Wei and his team traveled to 23 countries and 40 refugee camps, while conducting over 600 interviews.

Covering the floor is Ai Wei Wei's Newsfeed. The Newsfeed captured the daily activities relevant to the global refugee crisis and informed the artist's work dealing with the subject of displacement, migration, and asylum. Nearly 2,000 messages have been posted on a private WhatsApp group to compile daily press coverage, personal observations and images about war, displacement, the refugee and migrant journey, developments in countries of transit and asylum, individual stories, political and public discourse.

Once the refugees were forced to evacuate to different camps from Idomeni, many of their possessions were left behind. The artist decided to see if they could buy or collect them so they would not be destroyed. Ai Wei Wei's team negotiated with local officials who agreed to let them collect the material.

The birth of Laundromat

With a truckload of shoes and clothes -- all extremely dirty -- the materials were transported to Ai Wei Wei's studio in Berlin. There, each article of clothing was washed (the laundromat way) and became a part of a total project, a total effort, Laundromat.

As a guest, Ai Wei Wei's wide display of iPhone images is not easy not to marvel at for a long time. There are photographs which were taken using the burst mode, so it's like watching a GIF if you know how to roll your eyes to the correct direction.

The Stacked Porcelain Vases are one of the two objects displayed in the exhibition hall. Each vase in the stacked column represent one of six themes: War, Ruins, Journey, Crossing the Sea, Refugee Camps, and Demonstrations.

Going back to the 'Colorful boats' part of this visual tour, would you write something encouraging for your fellow human beings after seeing what the 'Laundromat Exhibition' has to offer? Make sure you do! :)

The refugee-themed installation is open to the public until June 1, 2018 with timings from 9:00 AM to 7:00 PM (Saturday-Thursday) and from 1:00 PM until 7:00 PM every Friday. Make sure to use the hashtag #Laundromat_AiWeiWei when you pay a visit!

To know more about the 'Laundromat Exhibition' at the Garage Gallery of the Doha Fire Station, check out their contact details below! 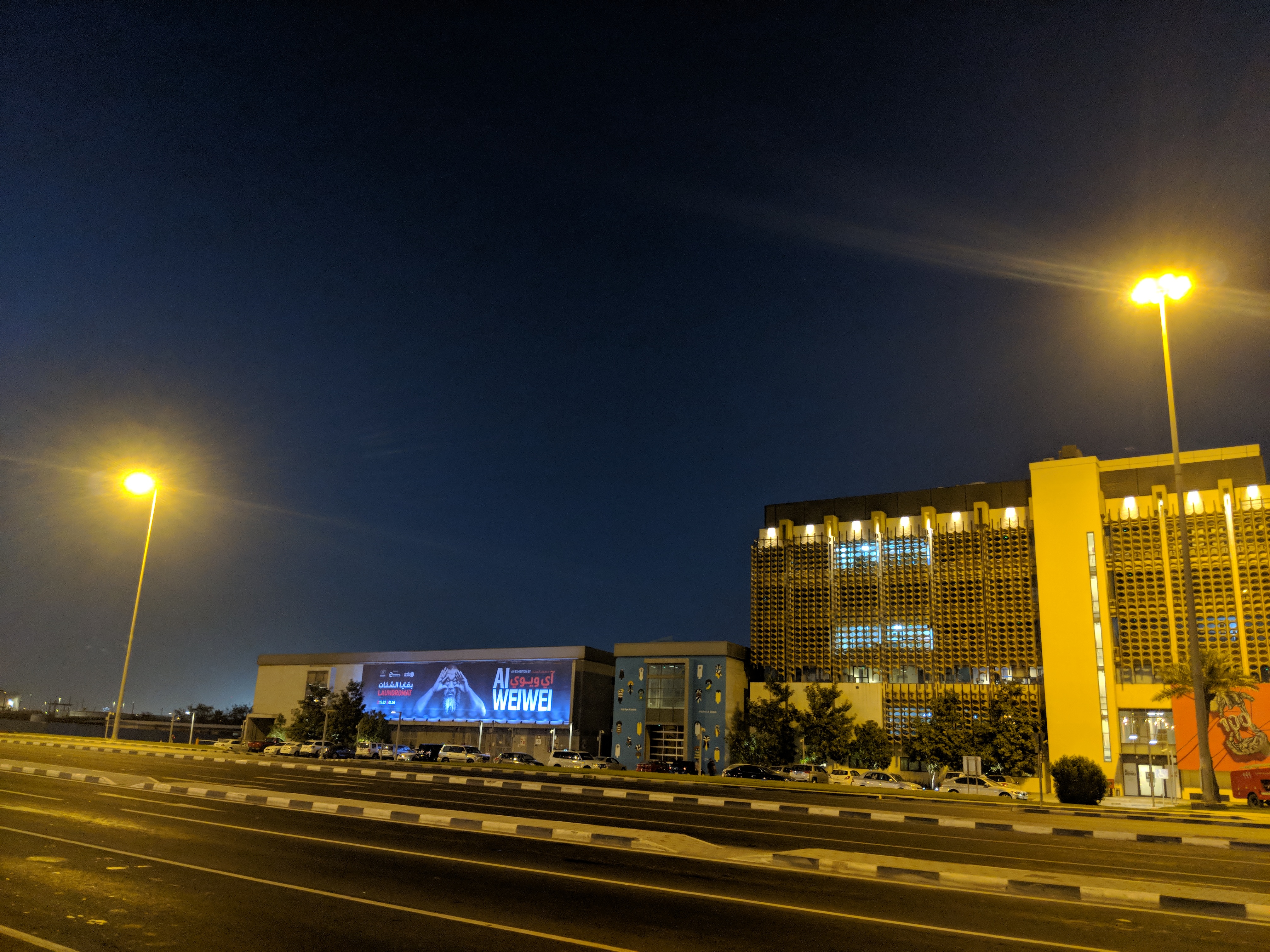 What do you think of our visual tour inside the 'Laundromat Exhibition?' Were we able to encourage you to pay a future visit? Drop us a line in the comments section below and also, don't forget to like and share this article -- it keeps us going!