Film on tourism in Qatar wins award at ITCF 2019 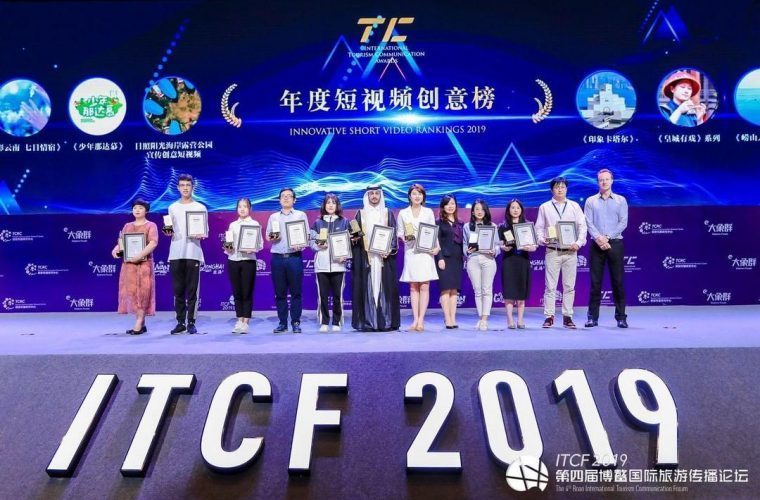 The State of Qatar, represented by the Ministry of Municipality and Environment, won the Best Short Film Award at the fourth tourism communication forum (ITCF 2019) held in the Chinese capital, Beijing.

The Ministry of Municipality and Environment participated with this film, which promotes tourism in the State of Qatar, on the sidelines of the International Horticultural Exhibition 2019, which was held last May and lasted for six months.

On this occasion, Deputy Commissioner-General of the Qatar Pavilion participating in the Expo Beijing 2019 Dr. Fayqa Ashkanani, expressed her happiness for this victory, pointing out that the State of Qatar's award was a continuation of the successes of the Pavilion of the State of Qatar throughout the exhibition, which witnessed over two million visitors.

She said that the State of Qatar, during its participation in the Expo Beijing 2019, won the two highest awards awarded in the exhibition, the award of the best international pavilion by the organizing committee of the event and the grand prize of the International Association of Horticultural Producers (AIPH).

Ashkanani added that the participation of the State of Qatar in such events and forums dealing with tourism and communication is a confirmation of the attention paid by the State to this field.

She pointed out that the Ministry of Municipality and Environment, as part of its preparations to host Expo Doha 2021, strives to highlight the honorable image of the State of Qatar in such areas as tourism and welcoming visitors, as well as its interest in the environment, combating desertification and green development.