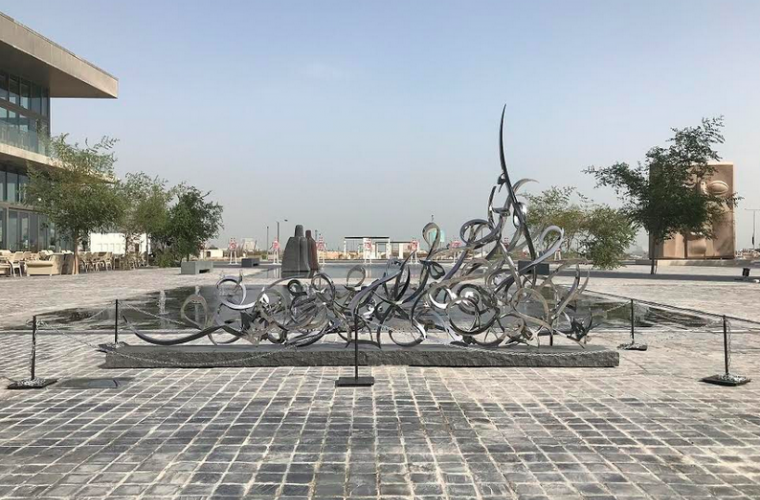 An artwork by renowned Tunisian Artist eL Seed has been installed in the Fire Station plaza to mark Qatar National Day celebrations this month. Generously loaned by Sheikh Fahad bin Saoud bin Qasem Al Thani to mark the occasion, the sculpture will be on show until mid-January 2018.

The sculpture is made of stainless steel and depicts a line of poetry by the founder of the State of Qatar Sheikh Jassim bin Mohamed Al Thani that touches on the power of justice. Skilfully crafted into steel, the calligraphic text reads: “Woe to the judges on earth from the justice of Allah… when his scale slopes away from righteousness.”

“We thank Sheikh Fahad Al Thani for his support of the Fire Station and the opportunity to display a piece of beautiful craftsmanship that holds such meaning for the people of Qatar. This year’s National Day is made even more poignant by the circumstances we find ourselves in now and the opportunity to be reminded of our steadfast foundations is timely and encouraging.”

Born to Tunisian parents, eL Seed grew up in France and started his career as a street artist in the late 90’s. Moving to North America, eL Seed’s interests in Arabic calligraphy and contemporary street art fused to create his signature style of “calligraffiti,” which he has expressed through spray painting and striking steel sculptures.

eL Seed’s intricate calligraphic compositions call not only on the words and their meaning but also on their movement, which ultimately lures the viewer into a different state of mind.

The artist’s works can be seen in public spaces, galleries and institutions on every continent where his contemporary approach aims to bring people, cultures and generations together.

This is the third time works by eL Seed have been installed by Qatar Museums as part of its public art programme, with two previous works visible in the Salwa Road Tunnel and the Lusail Multipurpose Hall.

Another calligraffiti piece by eL Seed can be seen in the Lusail Multipurpose Hall featuring poetic quotes by Sheikh Jassem Bin Mohammed Bin Thani that stretch along an 11 metre interior hallway. 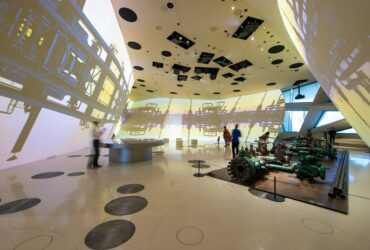 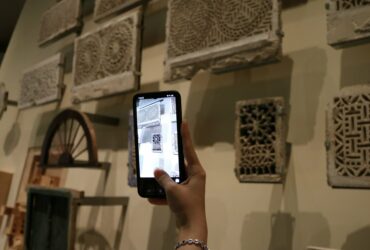 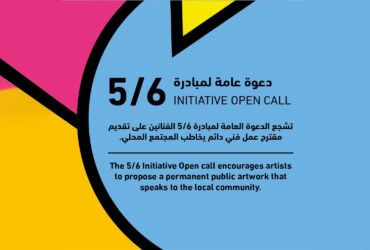