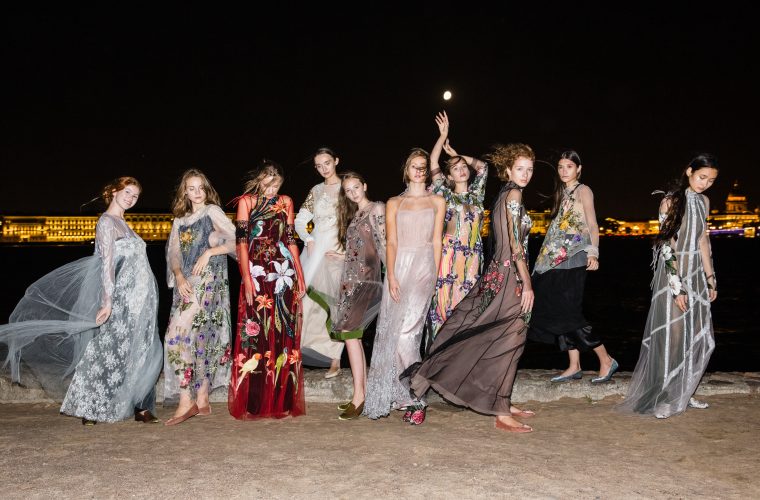 2018 has been announced as a Year of Culture between Qatar and Russia, a year-long programme developed by Qatar Museums to deepen understanding between nations through mutual exchanges of arts, culture, heritage and sport. Multiple cross-cultural collaborations, educational and charity events took place in both countries during this year. “Russian Seasons” in Doha is a next step in cultural collaboration between two cultures.

The event will showcase an exclusive demi-couture collection of Tatyana Parfionova, which has been created especially for the event, a full collection by Vika Gazinskaya showcasing the brand’s most complex and iconic pieces, and rare samples of the Russian authentic folk craft – Krestetskaya strochka.

Running from October 16th to October 23rd, the exhibition will be open to the public at the Doha Fire Station. Admission is free of charge.

On Monday, 15th October, the exhibition will open its doors for a VIP reception, showing the full collection on display through a fashion show.

Tatyana Parfionova is a well-known Russian fashion designer. In 1995 Tatyana established her own Fashion House, which became one of the symbols of Saint Petersburg, and now it is seen as a platform for her various artistic initiatives.

Tatyana Parfionova’s personal impressions and preferences are reflected in her collections and works of art - a great love for nature with a large variety of colours, flora and fauna, which are depicted on the dresses, paintings, interior design items and other pieces.

Interpretation of the traditional national costumes is also reflected in the collections of the Tatyana Parfionova Fashion House.

Artistic influence and love for nature formed a distinctive style of the designer. Her garments are in the collections of the Hermitage and the State Russian museum. She regularly collaborates with film industry and theatres, creating costumes for movies and stage performances.

Vika Gazinskaya – an internationally acclaimed fashion designer, street-style icon and one of the trendsetters of nowadays.

She is well-known for voluminous structured designs, whimsical bright patterns, hand-stitched details and use of luxurious materials, sourced from suppliers in Italy and France. Her designs can be seen on the most influential celebrities from around the world, including Leandra Medine, Veronika Heilbrunner, Natasha Goldenberg, Elle Fanning, Giovanna Battaglia and many others.

Especially for the Russian Seasons event in Qatar, Vika Gazinskaya will present a retrospective exhibition with reconceptualized archive items from the previous collections.

Guests will have an opportunity to see rare samples of an authentic folk craft – Krestetskaya strochka – a material manifestation of the spiritual culture of the Russian people, which has been representing the Novgorodian land since 1860. For more than a hundred years, the masterly craftsmanship of this delicate embroidery has been passed down the generations, carefully maintaining its traditions while also looking for new methods. Several years ago, the old factory in Velikiy Novgorod which was known for producing famous embroidery was revived. Guests will have a chance to see this famous work during the event in Doha.