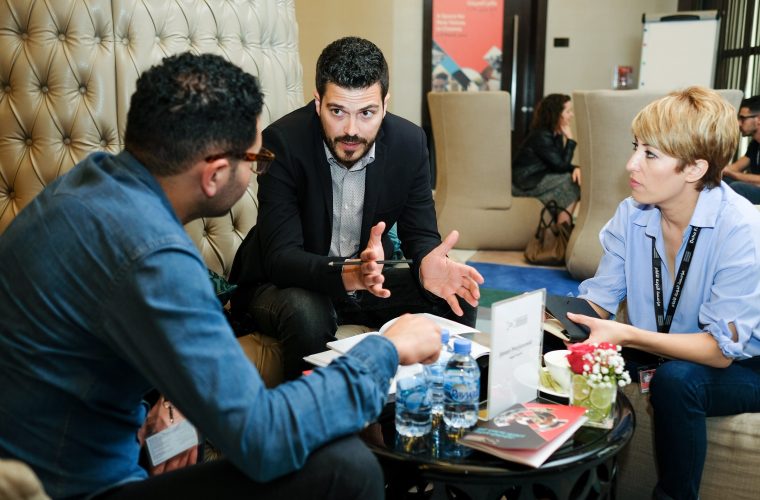 The Doha Film Institute will host the 3rd edition of its comprehensive Producers Lab from November 3, for a duration of six days, opening doors for participants to gain a thorough understanding of the creative, artistic, and strategic aspects of producing feature-length documentary and narrative films. Prospective participants may submit an application online by October 1, 2018.

An opportunity for Qatar and MENA-based producers to develop their skills further, the Producers Lab will be led by experts from the industry. Open to only 10 participants, the intensive workshop will feature training exercises, film case studies, group tutorials, one-on-one meetings and master-classes by industry experts. These will help the participants gain deeper insight into the various elements of film producing and truly understand the role of a producer.

Fatma Al Remaihi, Chief Executive Officer of the Doha Film Institute, said: “While the director, cast and crew help realise a film project, producers are the driving force of cinema. In addition to investing time and resources, they must also be proficient in diverse aspects of film making so that they can offer valuable inputs that help take the project to the next level. Through our Producers Lab, which is part of our focus on offering year-round training, we also aim to strengthen co-productions in the MENA region, build networking opportunities and improve the overall quality of films produced here.”

Highlighting the fundamental role producers play in defining, supporting and influencing the voice of filmmakers, the Producers Lab will also offer participants the opportunity to explore film marketing and distribution strategies with an in-depth focus on targeting the right audiences, understanding international markets and employing effective sales tactics.

A number of case studies will be presented throughout the sessions, enabling them to address questions related to script development, executive production, finance and budget plans, managing the post-production workflow, marketing, pitching and distribution. Industry standard technical documents and templates will be shared with participants and discussed in detail. These cover budget, financing plan, distribution and sales strategy samples, and treatment and pitch examples.

In addition to providing an understanding of the producer’s role in all stages of film production, the workshop will help them know more about the responsibility of various types of producers, how to apply for film funds, develop co-production strategies, manage post-production workflow, develop a marketing plan and gain insights on implementing key marketing tools. As part of DFI’s collaboration with European Audiovisual Entrepreneurs (EAVE), one project will be selected to participate to their Producers Workshop 2019.

The Producers Lab mentors are: Jovan Marjanović, Head of Industry, Sarajevo Film Festival; Violeta Bava, who has worked as a Programmer of the Buenos Aires International Film Festival (BAFICI) and Co-director of BAL, a co-production market for Latin American films; Dora Bouchoucha, a film producer with several Tunisian and international documentaries and feature-length films to her credit; Jad Abi Khalil, Head of the Beirut Cinema Platform; Aranka Matits, the founder of Featurette, which advises distributors and sales agents on their acquisitions, co-productions and strategic planning; Konstantina Stavrianou, producer and post-production expert who co-founded Graal; and Lise Lense-Møller, Producer and Head of Studies at EAVE, with over 60 films to her credit.

The workshop is designed for producers, investors, financiers, filmmakers interested in entering the filmmaking business in the area of production. Candidates must have feature-length project in development, production or post production with a director/screenwriter associated to the project. The director/screenwriter will be able to partake in some aspects of the programme.

Applications to take part in the Producers Lab close on October 1, 2018. The price of participation is QAR2,000. Only 8 to 10 Qatar and MENA-based producers with a project in development will be selected. For submission requirements and more details, log on to: www.dohafilminstitute.com