Dhow festival to have a slice of Italian heritage 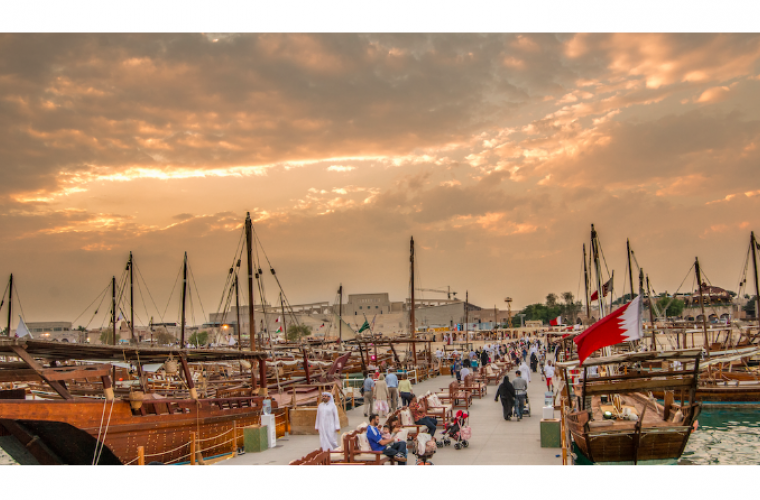 “Casa Italia intends to be a tribute to the ancient trades of former Italian seaside villages that today are popular destinations for tourism,” Ambassador of Italy to Qatar Pasquale Salzano, told reporters at a press meet yesterday at Katara Beach.

“We have a fisherman coming from Sorrento from a family that for generations every day is out at sea and make their nets by hand with a technique that is centuries old. From Taormina we called one of the last artisans that makes hand thatched Coffa Bags, that inspired famous fashion designers. A demonstration on how to make Capri sandals, symbols of the “Dolce Vita” worn by Hollywood stars and Jackie Kennedy, will be carried out daily,” explained Salzano.

Setting an authentic Italian ambience will be musicians who will render Italian music, chefs from the best Italian restaurants in Doha who will prepare Italian cuisine and real gondolas with gondolieri (venetian boatmen) wearing their traditional striped attire. Salzano underlined the outstanding bilateral ties between Italy and Qatar in many sectors of common interest including culture.

“We feel privileged to be part of the incredible development of this country, also in terms of opening to other cultures such as the Italian one. I am confident that sharing knowledge, on the common grounds of our ancient traditions at sea, on the occasion of the Traditional Dhow Festival 2018, will strengthen our bonds as well as encourage tourists to visit both Italy and Qatar,” he said.

The envoy also stressed the parallelism between the two countries with their rich maritime heritage in terms of how lives of people in the past were closely linked to the sea.

“From Capri to Sorrento from Taormina to Doha, once upon a time, the fishermen’s lifestyle shared common patterns, with the men being out at sea for months while the women tried to make a living by handcrafting artisanal products, waiting for them to come back,” he said.

For his part, Ahmed Al Hitmi, Director of the Beach Department at Katara and Head of the Festival, lauded Italy’s participation to this year’s festival.

“We are happy of the participation of Italy which has a long maritime tradition. It will be a great addition to the festival, and we are looking forward to their participation next year, which for sure will be much bigger,” Al Hitmi told reporters.