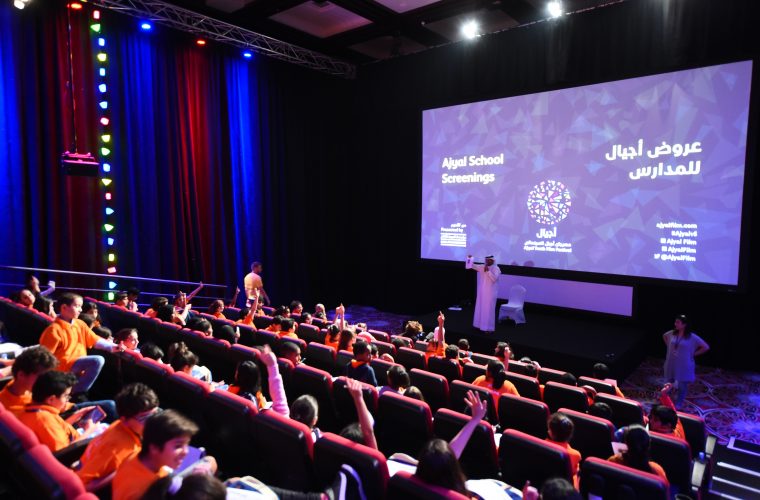 Ajyal Film Festival, the annual celebration of film by the Doha Film Institute returns to Katara Cultural Village for its 6th edition from 28 November to 3 December. The unique cultural event continues to garner positive support from leading public and private sector entities, underlining the nation’s spirit of partnership and teamwork for one of the most awaited events in Qatar’s cultural calendar.

Katara Cultural Village remains the home of the festival, while Principal Partner Ooredoo will present the ‘Made in Qatar’ programme – the highly popular segment of the festival highlighting the work of Qatari directors and filmmakers based in the country that stand out for brilliant narratives and storylines. Novo Cinemas comes on board this year as Strategic Partner to host all public screenings of the award-winning films at the Pearl Qatar, allowing even more people to share in the power of cinema.

“The success of Ajyal Film Festival is made possible by the unwavering support of our partners, who enable us to host a one-of-a-kind event that is a source of pride to our nation,” said Fatma Hassan Alremaihi, Festival Director and Chief Executive Officer of the Doha Film Institute.

She added: “Ajyal is a major event on the country’s cultural calendar that contributes to the tourism, retail and hospitality sectors of the nation. In partnership with leading entities in Qatar, we highlight Doha as a destination for world-class events. Their support has been and continues to be invaluable in allowing us to create enriching experiences for our festival-goers, underlining the joint efforts with Doha Film Institute to support the development of the country’s film and creative industries.”

Talking about the event, Manar Khalifa Al Muraikhi, Director of PR and Corporate Communications, Ooredoo Qatar, said: “As a leading Qatari company, we’re delighted to support the Ajyal Film Festival for the second year in a row. This event plays a major role in inspiring the next generation and offers an extraordinary experience to anyone attending. As Principal Partner, we will be presenting the “Made in Qatar” segment, highlighting the fantastic work of our national, home-based directors and filmmakers.”

Made in Qatar presented by Ooredoo, will spotlight 16 short films, both narrative and documentaries, by Qatari directors and Qatar-based filmmakers, highlighting the diversity of creative talent in Qatar and also underlining the remarkable growth of the country’s film sector.

The films will vie for the Made in Qatar Awards, chosen by a jury that includes Turkish Actress Tuba Unsal, Dr. Amal Mohammed Al Malki, Founding Dean of the College of Humanities and Social Sciences at Hamad Bin Khalifa University and Irish filmmaker Collin McIvor.

Alongside Made in Qatar, Ajyal will feature public screenings of films, interactive discussions, workshops, red carpets, and an array of community-focused events that appeal to all members of the family, all taking place at Katara Cultural Village. At the heart of the event are the Ajyal Jurors, aged 8 to 21, who will watch, evaluate and decide the winners of the Ajyal Competition.

The General Manager of the Cultural Village Foundation - Katara, H.E. Dr. Khalid bin Ibrahim Al-Sulaiti said: “The Ajyal Film Festival format has proven to be a highly successful cultural showcase for local and world cinema, and a nurturing environment to promote upcoming local talent. Katara is very supportive of this highly popular event, which brings film, art, culture and generations of people together in a celebration of community.”

Ajyal 2018 is expanding its public screenings beyond Katara to include screenings at Novo Cinemas in the Pearl, allowing for more audiences to experience the power of cinema through local and international stories of courage, resilience and hope.

ELAN Group Chief Operating Officer – Entertainment, Ahmed Al Mulla, stated: “We are honoured to contribute to the annual Ajyal Film Festival as a partner for the sixth consecutive year. Novo Cinemas plays an integral role in uniting communities around Qatar through a shared passion for cinema, and we hope to further unite Qatar’s communities by amplifying important cultural initiatives, like Ajyal, across our platforms. We are thrilled to showcase the contributions from this year’s festival at our Novo Cinemas location in The Pearl as we continue to support Qatar’s dynamic, expressive youth and the nation’s emerging film scene.”

Have you ever been to one of the Ajyal Film Festivals? What do you think of them? Will you visit this year? Let us know in our Comments section. Like and share the article - it keeps us going!