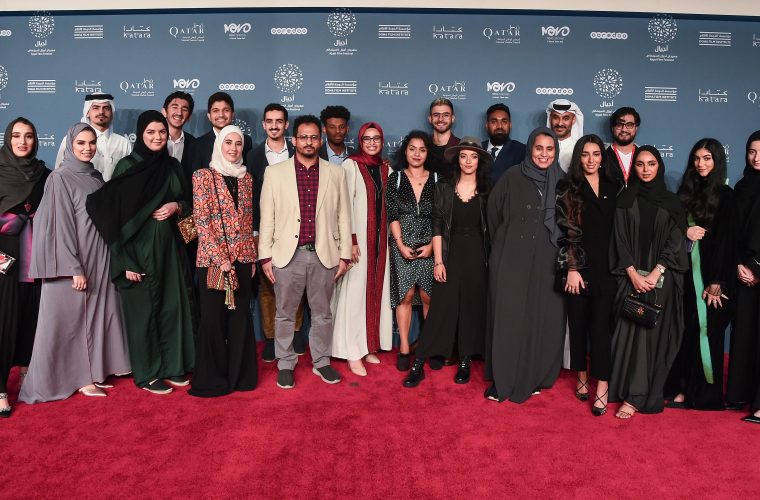 Local filmmakers that are part of the Made in Qatar segment of the seventh Ajyal Film Festival, the Doha Film Institute’s (DFI) annual cinema event, highlighted the transformative power of film and storytelling, underlining this year’s overarching festival theme ‘Find Film, Find Life’. A total of 22 captivating films by 23 Qatari directors and Qatar based filmmakers are part of 2019 Made in Qatar programme presented by Ooredoo.

At a press briefing, Maha Essid, director of Refuge (2019), said that she chose to thematise the lives of young Palestinian expats living in Qatar as they seek to establish a connection to their far-away home – a story that resonates deeply with the country’s diverse youth community. On her participation at Ajyal this year, Essid said: “Being part of Ajyal is a once in a lifetime opportunity. I’ve attended the film screenings, masterclasses and other DFI events throughout the years, and it is truly an honour to be part of it this year. With DFI’s effort and support, a lot of people now have the space to create films and share their diverse stories.” Tunisian Doha-based filmmaker Essid has worked on numerous film projects in Doha, Tunisia, and Chicago; she is preparing for a new documentary to be shot in Tunisia next year.

Director of F-57 (2018), Abdulanaser Hassan, whose film discusses the nefarious power of social media, said that the story was in fact inspired by an Instagram friend, whom he never met in person. “We hope that by participating in Ajyal, we will receive support to develop it into a feature film. We care about that more than winning. It would be good to see a Qatari film, that is directed and produced by Qatari youth, reach international film festivals and win awards.”

Abdulaziz Mohammed Khashabi, director of The Unlucky Hamster (Qatar, Indonesia/2019), said that Ajyal is a wonderful platform to showcase his work and reach a wider global audience. It is his first participation at Ajyal, following nine months of production to create the story of Fluffy the hamster’s hilarious misadventures.

Rana Al Khouli, director of Doubled (2018), touched on the real-life experiences and her life between Doha and Damascus that inspired her story. She reiterated the central importance of education and storytelling: “Filmmaking enabled me to express myself and tell a story I may not have been able to tell otherwise. It is a challenge to condense a two-hour script into a 16-minute short film, but it is a truly rewarding experience.”

Dimitri Yuri, director of Falling Leaves (2019) about a young girl’s induction to the inner workings of her family’s unusual business—embalming dead bodies, spoke about the making of his film and the advice he would offer aspiring filmmakers. “What I anticipated to be the hardest part of making the film actually turned out to be the easiest one: finding the actress for the titular role. Once we found her, everything else fell into place.”

“When first starting out in filmmaking, it takes a lot to pull the different elements together. My advice would be to try and hone a variety of skills. If you are a good writer, try yourself at directing or producing to grow as an independent filmmaker,” he concluded.

A highly-anticipated highlight of the festival, Made in Qatar presented by Ooredoo serves as a unique platform for aspiring filmmakers to showcase their works on a global stage, drawing on the immersive power of cinema to tell their stories and establish a creative dialogue with audiences from around the world.