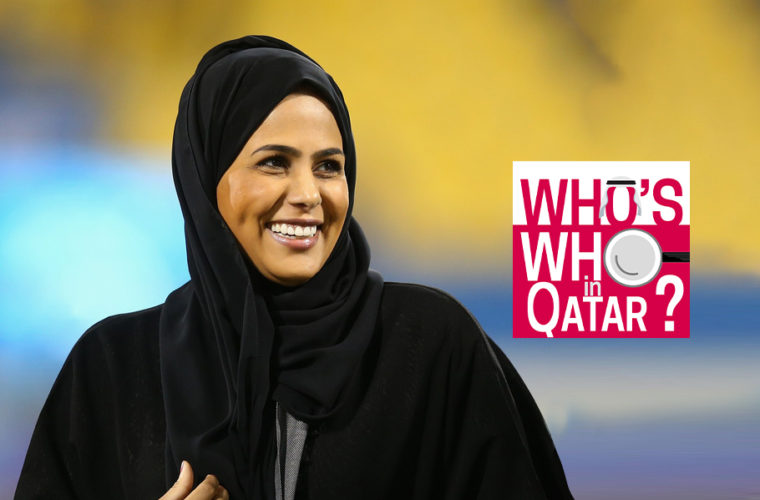 Sheikha Asma Al-Thani is a woman with many achievements. She is an adventurer and very involved with sports in Qatar. She is also the Director of Marketing and Communications for the Qatar Olympic Committee (QOC), a job she loves and is very passionate about, and even though she has a very busy schedule on most days, she makes time for other things as well (Ambassade de France au Qatar).

Sheikha Asma believes that challenges provide inspiration which in turn leads to achieving goals. She told the Gulf Times in an interview at an International Women’s Day event hosted by the QOC in 2018:

“Challenges inspire me to achieve my goals, and achieve greatness. They are also an opportunity for people to communicate and be inspired so that they can set their goals and go for it. We can all challenge beyond expectation, pushing the boundaries of what is possible and achieving more than we think we can or what others think we can.”

And, that's just what she did. She pushed her boundaries and challenged herself to become the first Qatari person to ski 80km across the harsh and terrain in freezing temperatures to reach the final degree of the North Pole, after two years of intense and gruelling training to ensure she could achieve her goal. She faced the dangerous Arctic pack ice conditions, which included open waters, sea ice and polar bears, and skied up to 12 hours a day with an all-woman international team made up of females from Arabian and European countries. The aim of the expedition was to build a better relationship and understand each other's cultures by coming together to achieve a common goal. (Gulf Times).

On 21 April 2018, after skiing for eight long days, Sheikha achieved her goal and raised the Qatari flag on the top of the world at the North Pole where, full of emotion, she stated:

“I’m finally here! It’s been two years and a hard, hard journey. I want to thank everyone for all their support – this would not have been possible without the support of so many people and they really helped get me through this incredible challenge. I am so happy that I made it. I hope this achievement will help everyone believe that anything is possible if you set your mind to it. No challenge is too difficult and no dream is too hard. Go out and make things happen!” (Gulf Times)

One of the first Qatari women to climb Mount Kilimanjaro

Reaching the North Pole was Sheikha Asma's has been just one of her adventuring achievements. Before that, in 2012, she reached the peak of Mount Kilimanjaro in Kenya to help raise QR 2 million for building schools in Gaza.

Sheikha Asma has never looked back since 2012, and after becoming one of the first Qatari women to climb Mount Kilimanjaro and the first Qatari (man or woman) to reach the North Pole, she started off 2020 with a climbing expedition to the peak of Mount Aconcagua, one of the seven summits and the highest mountain in the Americas located in Argentina.

In March 2019, Sheikha Asma was seen at the Base Camp of Mount Everest.

First Arab and first Qatari woman to be part of Leaders Under 40 Class of 2018!

Aspire Academy and the Leader Sports Awards recognise individuals from around the world that are exceptional and moving the sports industry forward, and Sheikha Asma is one such woman. In 2018, she was selected out of hundreds of individuals to be part of the Leaders Under 40 Class of 2018. (Sheikha Asma Al Thani Instagram)

In 2018, Sheikha Asma won the award for Grazia 'Woman of the Year' for her outstanding achievements as an adventurer and her involvement in sports

Sheikha Asma is a sports lover at heart and an adventurer. She loves art and everything about it. She believes limits are just a state of mind, and it's up to us to break down any walls we set up, and that's just what she's done by climbing different summits and reaching the North Pole. (Ambassade de France au Qatar)

During the second edition of the Doha Women Forum 2018, she encouraged all women:

“To work on your strengths, participate, not to be afraid, challenge yourself, make mistakes but learn from them. Most importantly, through your journey, build friendships and family. Let’s go out there and change the world.” (Peninsula Qatar)

To find out more about Sheikha Asma, check out her social media pages: