Who is Orry the Oryx? 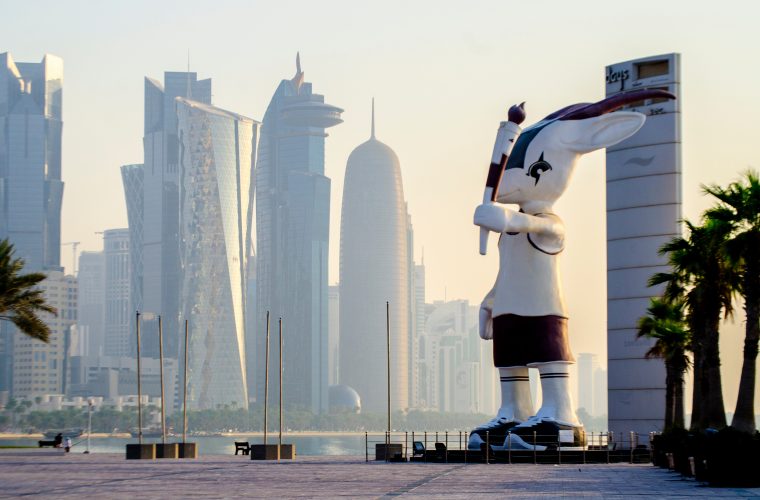 For those of you who have been in Qatar for a while, everytime you pass by Corniche or stop there for a stroll, pick a spot for a nice picnic lunch or grab a bite to eat at one of the few restaurants and cafes along the sea, you must have seen the oryx statue standing proud and tall on the seaside promenade of West Bay called Corniche, with the famous 5-star award winning Al Mourjan restaurant and the beautiful Doha skyline in the backdrop.

And, for those of you who are new to Qatar, if you have ventured to the Corniche part of this beautiful city, you will probably have seen it too, and you may wonder what it is, why it’s there and what its significance is in Qatar.

So, here we are to talk about Orry (yes, that’s his name), the oryx (yes, that’s the animal he signifies) statue and why he stands on the Corniche.

Orry has a purpose and is a major landmark in Qatar today. You might think he’s just randomly placed there, but that’s not true. There is a reason he was created more than a decade ago and we are here to tell you that reason.

So, read on to know who Orry the oryx is and why he is much loved by the people in Qatar – locals and expats – alike.

Orry is an Arabian oryx

The Arabian oryx is a medium sized antelope and it has a distinct shoulder bump along with a tufted tail. It has a white colour with dark chocolate or black patches on the nose and cheeks. It lives in the deserts of the Arabian Peninsula.

It became extinct in the desert wild in the early 1970s, but thanks to private preserves and zoos, the animal was saved from becoming an animal of the past and was then reintroduced into the desert in 1980. By 1986, the oryx became classified as an endangered animal on the International Union for Conservation of Nature (IUCN) Red List, but by 2011 it was termed a vulnerable species after additional reintroduction programmes helped their number to grow again.

While the Arabian oryx has a life span of around 20 years, we are sure that this oryx called Orry will live to be a lot longer than that and he’ll be around for decades to come watching over us as we pass by!

Orry is the mascot for the Asian Games 2006 that was hosted by Qatar and was selected as the country’s unique national identity especially for the Games. This 30-foot animal mascot was revealed in Doha with a lot of pomp and fanfare and a colourful ceremony at the Corniche before the games. The giant Orry statue was also revealed on the Cornice – tall and striking.

During the Asian Games, Orry came to the opening ceremony on a bicycle. He was used in TV commercials, has a Facebook page and has since stood in the centre of the Corniche area as a memento of those Games which were the first international gaming event of any kind to be hosted by Qatar.

The Asian Games are held every four years and alternate with the Olympics. This is a multi-sports competition in which 45 countries from around Asia compete against each other.

Qatar was chosen by the Asian Games in 2006 to host the competition. This was the first time this competition was held by any country in the Arabian Gulf region only the second in West Asia (following Tehran – Iran in 1974). It was also the very first time that all 45 member nations participated in the Asian Games.

Orry is an iconic landmark in Qatar

Today, more than a decade after the Asian games 2006 were held in Doha, Orry continues to stand with pride overlooking the Arabian sea and Doha’s magnificent skyline and is an iconic landmark that symbolises Qatar’s grandiose sporting history that started with the Asian Games 2006 but didn’t end there. Qatar has played host to many international sporting events since 2006 and is now gearing up to host the world’s biggest sporting event – FIFA World Cup 2022 Qatar!

Orry’s get up gets a make over

When the statue of Orry the mascot was unveiled at the Asian Games 2006, he was wearing a yellow sports vest with a pair of blue shorts along with white socks and black sports shoes. He held a torch in his left hand.

After undergoing refurbishment, Orry now wears a white sports vest, a pair of red gym shorts with blue and white sports shoes and continues to hold a torch in his left hand.

Next time you venture out to Doha’s Corniche area, we guarantee you’ll be looking at Orry the Oryx with new eyes, especially now that you know why he stands tall and proud watching over Doha’s magnificent skyline and our very own Corniche area. And, we know you’ll be as proud of him as we are!