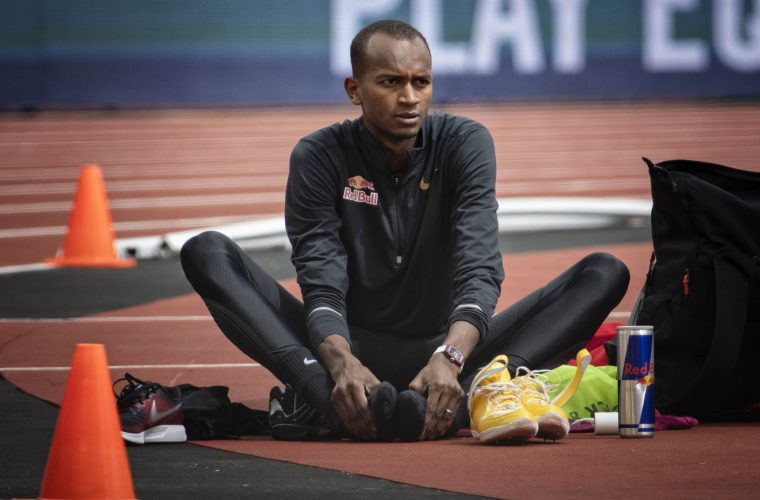 Mutaz Essa Barshim, the ‘pride’ of Qatar is a force to be reckoned with and has defied gravity countless times to become a world champion high jumper many times over since 2010. He is Qatar's most successful Olympic athlete being the only Qatari to claim more than one Olympic medal and the only one to win a silver one!

So far, Mutaz has 19 medals; his sights are now set on winning the gold medal at the 2020 Tokyo Olympics and beating the world record of 2.45 metres held by legendary Cuban high jumper Javier Sotomayor since he was two years old. His own personal best is 2.43 metres which is the second-highest jump of all time!

Inspiration to become a high jumper

Mutaz, of Sudanese origin, was born on 24 June 1991 to an athlete father and devoted mother. They named him Mutaz which means ‘pride’ in Arabic, an apt name for the ‘pride of Qatar’, who has a portfolio of high jump titles in the short time of eight years, that many may not even achieve after a lifetime in athletics.

Since his father participated in track and field as a professional middle-distance runner, he took Mutaz, his four brothers and one sister along with him to the track and inducted them to the world of sports. When Mutaz’s father retired he started coaching at a local club, and by the then the fire to become an athlete had ignited within Mutaz and he was ready to take on the world.

Interestingly, Mutaz didn’t start off as a high jumper - even though he was passionate about the sport since he was 11-years-old - but was a competitive racewalker and distance runner for a while till he felt he wanted to do something that was more interesting and more fun. Since he had already tried his hand at race-walking, distance running, long jump and high jump, at the age of 15, he decided to concentrate on high jumping because that’s where he felt all the fun was!

He trained in Doha at the Aspire Academy till he graduated in 2009. His personal best at the time was 2.14 m. He met his Polish/Swedish coach Stanisław "Stanley" Szczyrba around this time who trained him to be a champion high jumper.

There’s been no stopping Mutaz after that!

Though Mutaz’s father was the one that encouraged him and inspired him to take on track and field, the passion he has to succeed and make history as a champion high jumper is all his own.

In May 2010, Barshim won the Arab Athletics Championships for Juniors in Cairo with an outdoor best of 2.23 metres and then went on to win the continental junior title at the 2010 Asian Junior Athletics Championships at 2.31 metres. This was a national record and a world-leading mark for junior athletes. It was also the best high jump by a junior since 2006 when Huang Haiqiang cleared 2.32 metres. Mutaz also laid claim to the 2010 World Junior Championships in Athletics with a height of 2.30 metres.

Despite a stress fracture in his back in 2012 after which he continued to train in cycles to allow time for recovery, he went on to win a bronze medal at the London Olympics and a silver medal at the Rio Olympics.

His other triumphs and accolades between 2012 and 2017 are given below:

In February 2018, at the 24th Banska Bystricia High-Jump Meet, Mutaz high jumped to second position. At the IAAF World Indoor Championships in Birmingham, UK he placed second as well. In the same year, he also won the IAAF Diamond League stops in Oslo and Eugene as well as the 8th Asian Indoor Athletics Championships in Tehran, Iran.

However, after sustaining an ankle injury in 2018 while attempting to break Javier Sotomayor's 2.45 metre world record at the Istvan Gyulai Memorial in Szekesfehervar, Hungary on 2 July 2018, Mutaz had to undergo emergency surgery for sprained and ruptured ligaments that lost him a season in high jumping.

But, he’s back now, stronger and more determined than ever to make history and beat the world record for high jumping.

Although Mutaz has many achievements in high jumping, he is most proud of the fact that he never quit and has continued his fight to be the best at what he does. He believes in following his passion and working hard to fulfill it with complete dedication. To him, patience is the key as many challenges will come along the way. One will fall so many times during the path towards achievement. The most important thing is to make sure to stand up tall again after every fall and work even harder for it through the pain, the sweat and the tears.

And, it's this motivation to achieve success and make history, that has kept Mutaz going, and there is no doubt, that he will achieve what he's set his sights on.

Have you watched Mutaz Barshim take on the high jump? Did you know he's just a few centimetres away from breaking the high jumping world record? Do you think he will break the world record? Do let us know your thoughts in our Comments section. Like and share the article - it keeps us going!