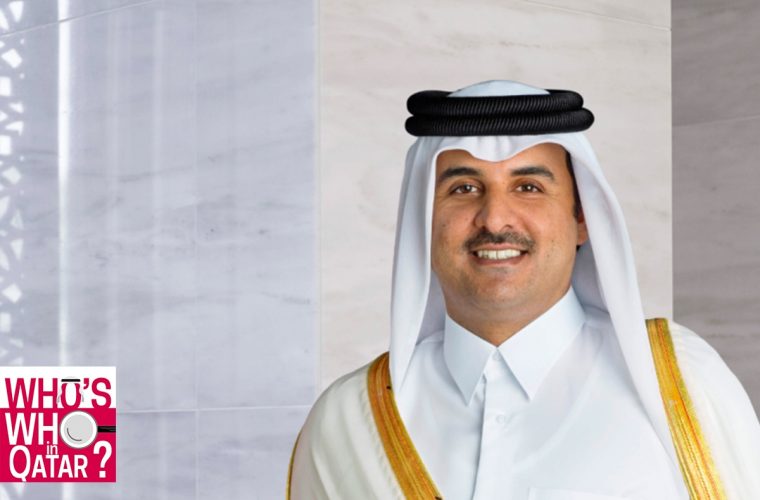 Disclaimer: Watch out for some of the Amir's most adorable throwback photos as you stroll along!

His Highness (H.H.) Sheikh Tamim Bin Hamad Al Thani is in his 6th year of reign as he officially became the 8th Amir of Qatar on 25 June 2013—after his father's abdication.

When he took the reins as the Amir, H.H. Sheikh Tamim had already been long and deeply involved in Qatari decision-making for years.

At the time of writing, Sheikh Tamim is—still—the youngest reigning monarch among the GCC countries and the youngest current sovereign worldwide at age 38.

He has served in a number of diverse roles, including president of the Qatar National Olympic Committee and deputy commander-in-chief of the Qatar Armed Forces upon graduation from Sandhurst—a Royal Military Academy in England.

During his years as a prince, Sheikh Tamim promoted sport as part of Qatar's bid to raise its international profile. He was at one point named by an Egyptian daily newspaper as "the best sport personality in the Arab world." It was actually him who supervised Qatar’s successful bid to host the 2022 FIFA World Cup.

Sheikh Tamim's love for sports resonates from his early age as he regularly participates in competitive sport. He was once filmed playing badminton and bowled with former Egyptian military chief Mohammed Hussein Tantawi. The Qatari Emir is also a keen player of both tennis and football.

Besides his love for sports, Sheikh Tamim also has a strong interest in history and his nation's heritage. He is fluent in three languages—Arabic, English, and French.

He oversaw the restoration of Souq Waqif—a working class market in Doha which has turned into one of the Qatari capital’s main tourist attractions.

Described by his family members as a 'pragmatist,' H.H. Sheikh Tamim is known to have 'excellent relations' with the West, including the US and France.

Friendly, confident, savvy, careful, calculating, and open are some of the words used by his close friends to describe the Amir of Qatar.

If you want to know more about H.H. Sheikh Tamim, check out his social media pages:
Instagram: @tamim
Twitter: @TamimBinHamad

Did these facts help you get to know H.H. Sheikh Tamim more? Drop us a line in the Comments section below and also, don't forget to like and share this article—it keeps us going!