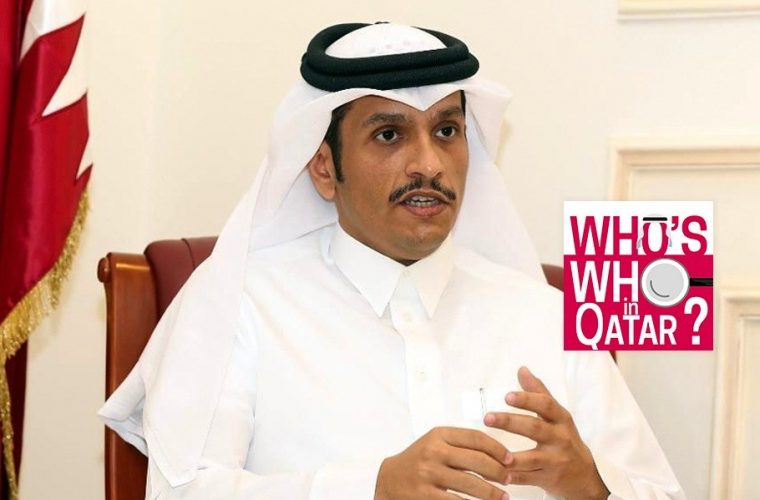 His Excellency (H.E.) Sheikh Mohammed bin Abdulrahman bin Jassim Al Thani was born on 1 November 1980 and is a member of the Al Thani family. He has been the Minister of Foreign Affairs in Qatar since January 2016 and Deputy Prime Minister since November 2017.

In these roles, His Excellency’s pivotal responsibilities include planning and implementing foreign policy, maintaining strategic bilateral and multilateral relations, leading mediation efforts, and consolidating international peace and security by encouraging the peaceful settlement of international disputes.

His Excellency the Deputy Prime Minister and Minister of Foreign Affairs has a degree in Economics and Business Administration from Qatar University.

His Excellency served as the Director of Economic Affairs Supreme Council for Family Affairs from 2005 until 2009.

In 2009, he was appointed Director of the Department of Public and Private Sectors Partnership at the Ministry of Business and Trade. In the same year, he launched “Enterprise Qatar” – an organisation that provides technical and financial support for small and medium-sized enterprises. His policy agenda is aimed at fostering economic diversification programs through attracting foreign direct investments (FDIs) to Qatar, and through promoting entrepreneurial ventures to contribute to the country’s economic growth.

In 2010, he became the Secretary of the Personal Representative of His Highness the Father Amir Sheikh Hamad bin Khalifa Al Thani, who was the Amir at the time, for Follow-up Affairs at the Amiri Diwan. In the same year, he was also appointed as Deputy Chairman of the Board of Directors of Qatar Mining Company.

In 2011, he became Chairman of the Executive Committee of the Development of Small and Medium-sized Enterprises and Chairman of the Board of Directors of Aspire – Katara Investment Company. He attained the rank of Undersecretary in 2012.

In 2013, His Excellency was assigned the position of Assistant Foreign Minister for International Cooperation Affairs. His policies focused on promoting multilateral cooperation along with implementing the development and aid agenda of of Qatar.

In 2014, His Excellency led the restructuring of Qatar Fund for Development and advocated targeting support to primary and secondary education, global health and economic development.

In addition to his roles as Minister of Foreign Affairs in Qatar and Deputy Prime Minister, His Excellency currently holds the positions of Chairman of Qatar Fund for Development, Chairman of Qatar Investment Authority and member of the Supreme Council for Economic and Investments Affairs.

For more on H.E. Sheikh Mohammed, who not follow his social media page: