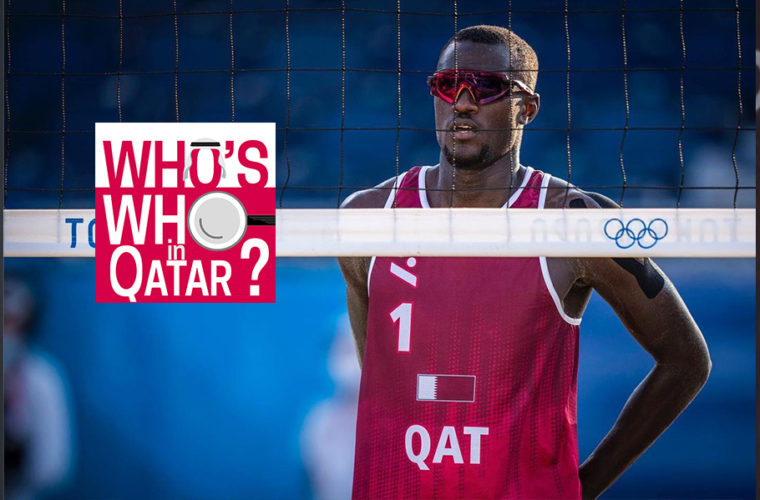 Cherif Younousse Samba is a Qatari professional beach volleyball player who plays with the Qatar national team. He won the bronze medal in the 2020 Tokyo Olympics men's beach volleyball finals with his teammate Ahmed Tijan after defeating the Latvian team. This was the first-ever Olympic medal for Qatar in the sport of beach volleyball.

Cherif has been playing beach volleyball from a young age. He has a Baccalaureate and after a break, he started concentrating on beach volleyball. Cherif is now pursuing a degree in sport management. His birthday is on 22 May and after getting married in 2019, he is now the proud father of a boy who is named Mansour.

The ILoveQatar.net (ILQ) team is bringing you an exclusive Q&A with Cherif so you get to know more about this humble and extremely talented beach volleyball player.

1. How do you feel about representing Qatar in the world of beach volleyball?

Cherif: To represent Qatar is one of the biggest opportunities for me. It has been a great honour, especially after all the energy the country has put into sports and all the sacrifices it's made.

2. How does it feel to have won the first-ever medal for Qatar in beach volleyball at 2020 Tokyo Olympics?

Cherif: It feels great to win this first medal for Qatar, and not only for Qatar, but also for beach volleyball in the Arab world and Asia. For me, it's an honour and a privilege. And now, I will try and get the gold medal in beach volleyball!

3. What was going through your mind when you won at the 2020 Tokyo Olympics?

Cherif: The first thing that came to my mind was to thank God that my dream came true to win at the Olympics. I prayed to God and thanked him for giving me this opportunity to win a medal for my country.

4. How many awards have you won so far?

Cherif: We have won many awards and medals. This year we played a tournament and won six medals in the highest level plus the Olympics medal. This so far has been the best year for us.

Cherif: It's a sport that I was following as a child and I fell in love with it, especially playing on the beach and in the sand, and wearing sunglasses. That's how I grew to love beach volleyball. It's my childhood love. I got a chance to play on an international level because of my club. They saw the potential that I had so they gave me a chance to play and represent Qatar.

In volleyball, even if one player gets hurt, they can be substituted and the game continues. Volleyball is an indoor game, while beach volleyball is an outdoor game and the sun makes you sweat and the sand can sometimes also bother you, so you have to be fit mentally and physically.

7. Tell us about your childhood. What was it like?

Cherif: I had a normal childhood, but when my siblings were studying hard, I was the guy who was focussing more on sports and following professional sports and international leagues. When I played for the first time in the 2016 Olympics in Rio, it was a big achievement for me to be an Olympian and my family was very proud of me. I think I made a good choice for myself.

8. What were your challenges when you started beach volleyball?

9. What are your favourite sports?

Cherif: Basketball. The NFL. That's one of my favourite sports to watch.

10. Who is your favourite sportsperson?

11. Out of all the beach volleyball games you’ve been in, which is your favourite?

Cherif: The 2020 Tokyo Olympics is one of my best. I was very emotional when I won and I will never forget that moment.

12. What are some of the things you learnt from playing volleyball that has helped you in your everyday life?

Cherif: To be more patient because beach volleyball is a couples sport so you have to understand your partner and how their mood is. That helped me a lot to understand people and how to deal with them.

13. Who is your inspiration?

Cherif: My family is my inspiration.

Cherif: My dreams keep me going because I have very big ones. My biggest dream is to win the gold medal at the Olympics and to be at the highest level possible.

15. What’s the biggest factor that has helped you be successful in what you do?

Cherif: I wanted to be great. I wanted to be one of the best in the world. That was my main goal and I put that in my mind and wanted to improve. This was my main focus year after year. This helped me a lot to see where I was and where I am right now.

16. What was the hardest decision you ever had to make?

Cherif: The hardest decision was to stop studying, take a risk and focus on beach volleyball. That was the biggest decision I had to make, but so far, I am happy with that decision.

17. How would you describe yourself in 5 words?

18. What's the best thing about what you do?

19. What are you most passionate about?

Cherif: My passion is sports in general. I like to watch different sports. I try to study their system of playing.

20. What do you think are the secrets behind getting to where you are?

Cherif: The secret behind where I am right now is working hard and being patient & disciplined.

21. What are your future plans?

Cherif: To keep playing till 2030. That's my main goal right now. I want to play in Paris, in Atlanta and to participate in the Asian Games in Qatar.

22. What skills should someone in your field have?

Cherif: Being mentally fit is the first thing and is the most important part, then comes being physically fit.

Cherif: I have simple hobbies. I like to spend time with my family members and my friends, go out, have barbecues and go to the desert.

24. What is your favourite travel destination?

Cherif: It's hard to say because there are so many good places, but I think Europe and Turkey.

25. What is your favourite food?

Cherif: Turkish food and sushi are my favourite food!

26. What’s something no one or very few people know about you?

Cherif: I'm a shy guy. I like to have fun, but in the beginning, I am really shy. That's how I am!

27. Is there any message you’d like to give the people in Qatar?

Cherif: Keep supporting all the athletes on social media and everywhere so they can continue raising the flag of Qatar high, and making the people of this great country proud.

You can reach out to Cherif Younousse Samba here: 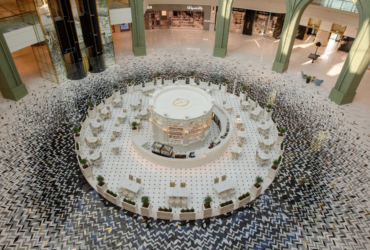 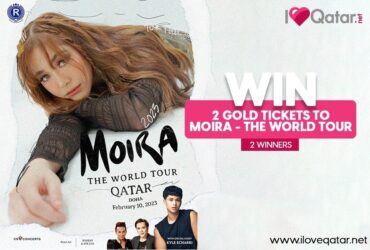 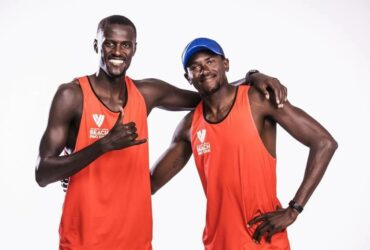