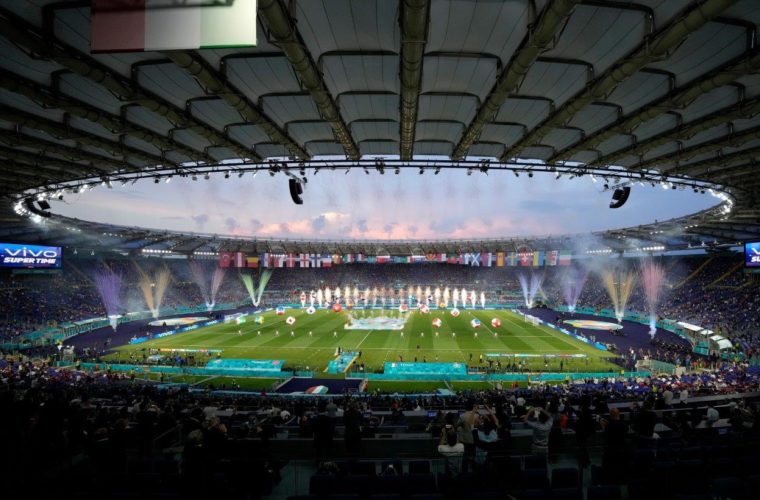 With only 17 months to go until Qatar hosts the FIFA World Cup™, staff from the Supreme Committee for Delivery & Legacy (SC) and FIFA World Cup Qatar 2022 LLC (Q22) have been gaining major tournament experience by supporting the delivery of the UEFA European Championship.

Twenty-seven employees from a range of functional areas are supporting the tournament, which is being held across 12 cities from 11 June to 11 July. The secondment programme aims to enhance participants’ competition knowledge while increasing their operational expertise. This is one of the final opportunities for staff to work at a major tournament following similar secondment and observation programmes – most notably during the Brazil 2014 and Russia 2018 FIFA World Cups. Later this year, Qatar will deliver the FIFA Arab Cup™ – which will help the country test infrastructure and planning ahead of the World Cup.

Aisha Al Jehani, Non-Competition Venues Planning and Operations Senior Manager at the SC, has been working as a VIP Venue Manager at Russia’s Saint Petersburg Stadium, which will host matches up to the quarter-finals stage of Euro 2020 after previously being used as a semi-final venue during Russia 2018.

“Having the opportunity to support Euro 2020 at a stadium that previously hosted World Cup matches holds special significance for me, seeing that I am here to improve my ability to deliver Qatar 2022 – the first World Cup to be hosted in the Middle East and Arab world,” said Al Jehani.

“Practice makes perfect, and the more experience our team has with different organising bodies at major events, the better equipped we will be to host the world in 2022,” she added.

As SC Venue Manager of Al Thumama Stadium, one of eight Qatar 2022 tournament venues, Salah Al Saadi was eager to work as part of the team managing the Parken Stadium in Copenhagen and gain valuable operational experience.

“Euro 2020 is a large tournament that will give me a real sense of the operational requirements that go into managing a venue during a major event,” said Al Saadi, who is working as an Assistant Venue Manager in Copenhagen throughout the tournament.

As part of the team, Al Saadi plans and manages the daily operational schedule for the venue, which includes managing the flow of spectators, setting up the media and broadcast centres, overseeing the transportation plan and looking after VIP guests.

“In addition to the technical skills I have gained during Euro 2020, I have also learned how to manage a set of people that I am only meeting now. Having the ability to lead a team that is put together for a short time in a high-pressure setting is something that will be of tremendous value for me during the World Cup,” added Al Saadi.

Based in Spain throughout Euro 2020, Rashid Al Khater, Venue Manager at the SC, is working as part of the team managing Sevilla’s La Cartuja Stadium, which will host matches up until the round of 16 stage. For him, operating a venue during a pandemic offers a specific set of challenges that will prove to be very valuable when Qatar safely welcomes back fans to the stands during the World Cup.

“By working with different functional areas across UEFA, I am able to see first-hand how football tournaments are run at the highest level, particularly when it comes to understanding the many requirements that happen in the build-up to match day,” he added.

With over 1.5 million visitors expected to make their way to Qatar for the World Cup, guest management is an important part of the tournament’s success. Sama Rubie, SC Guest Management Manager, is working with her counterparts at UEFA and the Dutch Football Association as a Guest Liaison Officer at the Johan Cruijff Arena, where she is managing the attendance of dignitaries, which have included FIFA President Gianni Infantino as well as the King and Queen of the Netherlands.

Rubie’s role during the tournament includes coordinating meetings between the participating nation’s federations and the UEFA headquarters in Nyon to ensure that all protocols and security measures are in place for the arrival, seating and safe departure of dignitaries during match days.

“Coordinating the needs of different parties at such a high-profile event has taught me that, despite all the planning, one must be agile enough and prepared for last-minute requests,” said Rubie.

A crucial component of any large tournament is security. Ensuring the safety of all participants, including fans and players, is a top priority for Qatar 2022 organisers, and that’s what Hamad Al Sulaiti and Nasser Al Zeyara are tasked with learning more about during their Euro 2020 secondment. Based in Seville and Bucharest respectively, the pair are working closely with security personnel in both cities to gain more insight about the security operations that go into the execution of large sporting events.

“Working with an organisation like UEFA, that has tremendous pedigree in the organisation of large-scale tournaments, is providing me a very valuable learning experience, something that I look forward to reflecting successfully during Qatar 2022,” said Al Zeyara, Stakeholder Engagement and Communications Officer at the Qatar 2022 Safety and Security Operations Committee, who is working at Bucharest’s National Arena as well as different fan zones and other tournament sites.

Hamad Al Sulaiti, Deputy Head of Coordination and Follow Up at the Qatar 2022 Safety and Security Operations Committee, sees the secondment programme as a reflection of the SC’s insight in capitalising on opportunities to continuously invest in national talents and improve on their ability to deliver a successful World Cup.

“Working alongside my European counterparts has enabled me to exchange both successes and challenges, and to share our experiences in Qatar with security officials at the European Union and with the Spanish police, thereby providing me with a valuable opportunity to improve my ability to deliver a safe and secure tournament,” said Al Sulaiti.

During his time in Seville, Al Sulaiti has participated in security committee meetings as well as pre-match meetings between security representatives from both teams. Of particular interest to him was how security measures would be implemented alongside health and safety requirements related to COVID-19.

“Working with multiple stakeholders at a major event, in the middle of a pandemic, gave me tremendous insight and provided many lessons learned which I look forward to sharing with my colleagues upon my return to Qatar,” added Al Sulaiti.