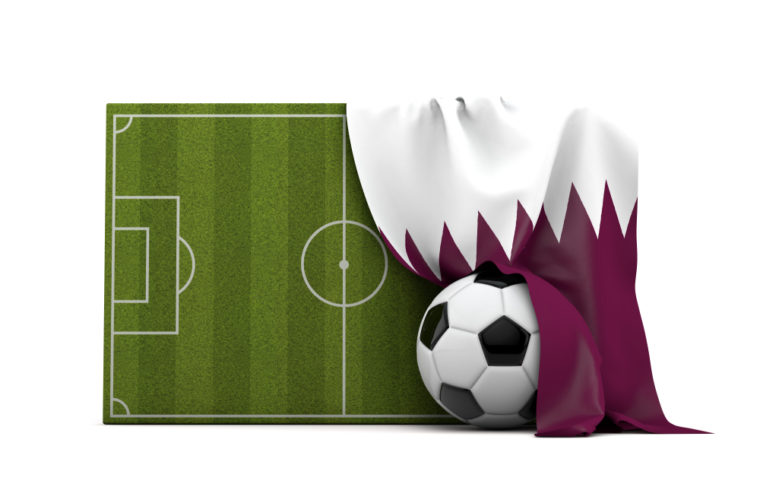 With under a year to go until Qatar hosts the FIFA World Cup™, all eight tournament venues have been completed and stand ready to host exciting matches. Seven of the venues have been inaugurated and already hosted high-profile matches. Six stadiums were used during the FIFA Arab Cup™, which was held in November and December, and provided the perfect opportunity to test preparations for 2022.

As part of the Supreme Committee of Delivery and Legacy's year in review series, we look at the progress delivered in relation to all tournament venues ahead of the first FIFA World Cup™ in the Middle East and the Arab world.

The first Qatar 2022 stadium to be inaugurated after an extensive redevelopment, Khalifa International hosted a string of important matches in 2021. In June, it was one of two venues to host the FIFA Arab Cup™ qualifiers. It also hosted five matches during the third round of Asian zone qualifying for the World Cup in September and October, in addition to games in the Qatar Stars League.

After staging key matches in last year’s AFC Champions League, Al Janoub was back in the spotlight in November and December when it hosted six games during the FIFA Arab Cup™, including the exciting quarter-final clash between Egypt and Jordan, which the Pharaohs won 3-1 after extra time.

It has been a very busy year for Education City. The venue hosted matches during the FIFA Club World Cup™ in February, including the final between Bayern Munich and Mexican side Tigres. This was followed by five matches during the FIFA Arab Cup™, including Qatar’s victory over Oman in the group stage and Tunisia’s victory over Oman in the quarter-finals.

Al Thumama was inaugurated in October when it hosted the Amir Cup final and went on to play an important role during the FIFA Arab Cup™ by hosting six matches up to the semi-finals stage, including a thrilling semi-final clash between Qatar and Algeria, which the North Africans won 2-1. Another memorable clash at Al Thumama was the exciting FIFA Arab Cup™ quarter-final between Algeria and Morocco. After the match finished 2-2 after extra time, the Algerians won 5-3 on penalties to advance to the last four.

One of the highlights of the FIFA Arab Cup™ was the inauguration of Al Bayt Stadium. The spectacular venue was unveiled during a memorable opening ceremony before Qatar defeated Bahrain in their opening group match. In the quarter-finals, Al Bayt hosted 63,439 fans – a record attendance for a sporting event in Qatar – as the host nation beat the United Arab Emirates. It also hosted a dramatic final on 18 December – Qatar National Day – as Algeria claimed the FIFA Arab Cup™ title after defeating North African rivals Tunisia 2-0 after extra time.

Stadium 974 hosted its first matches during the FIFA Arab Cup™. Made from shipping containers, it is the first fully demountable tournament venue in FIFA World Cup™ history. Following a digital inauguration, the venue hosted six matches during the FIFA Arab Cup™, including the all-North African semi-final clash between Tunisia and Egypt. It also staged the third-place play-off on the final day of the tournament, as hosts Qatar defeated Egypt 5-4 in a penalty shoot-out after 0-0 extra-time draw to claim third.

In 2021, Main works were completed at Qatar’s largest tournament stadium a year before the FIFA World Cup™. The striking venue will be inaugurated in early 2022 and feature prominently during the World Cup, when it will host matches during every stage of the tournament, including the final on 18 December 2022. 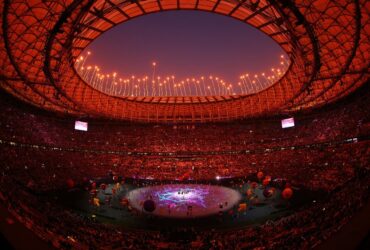 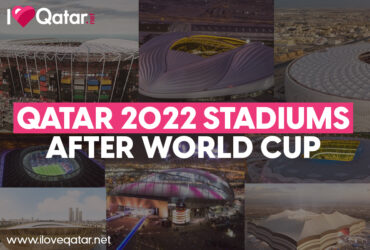 QATAR2022 / NEWS
What will happen to Qatar 2022 stadiums after the World Cup? 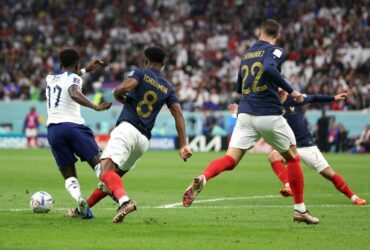